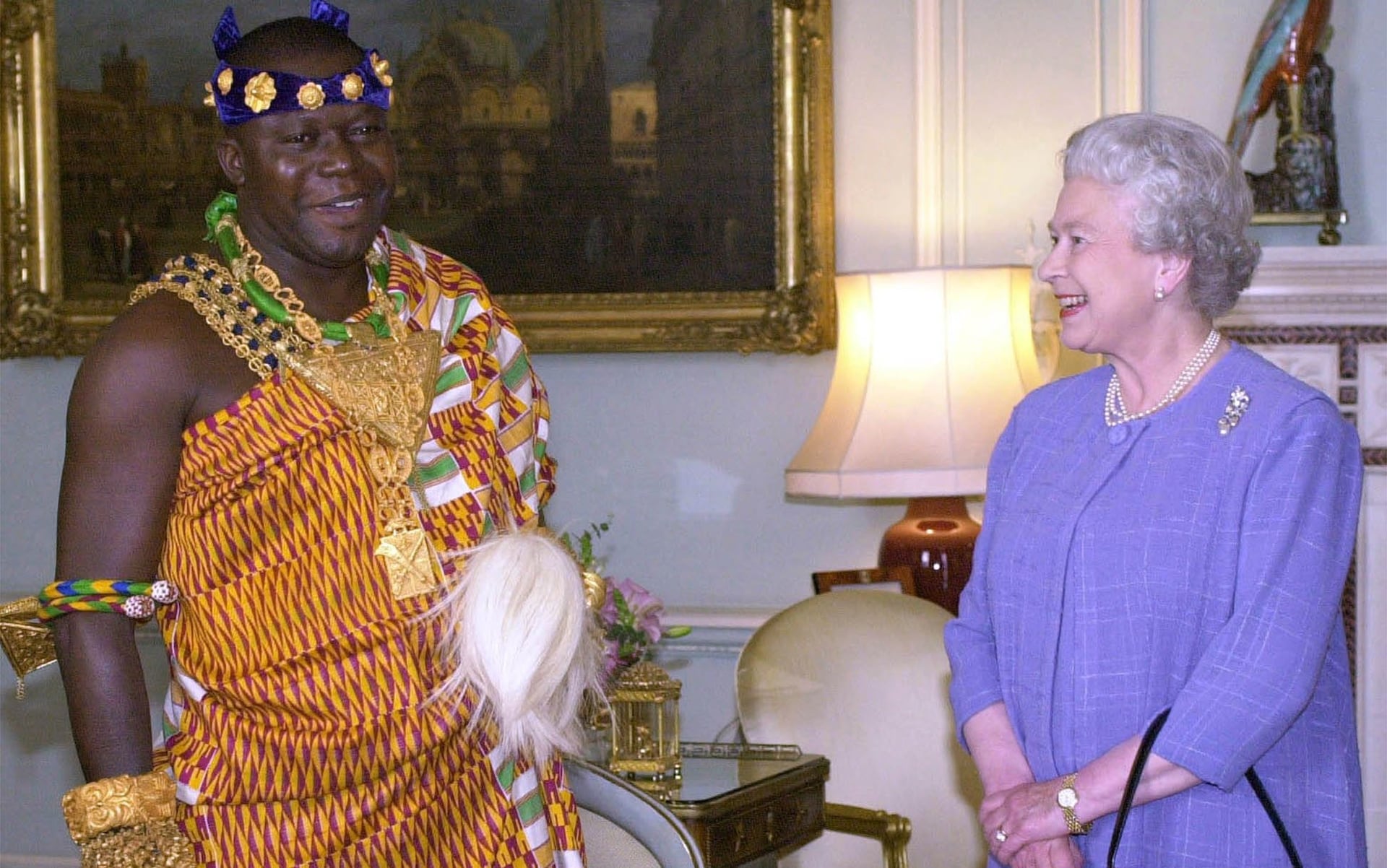 To a Ghanaian King, handing someone a holdall stuffed with more than £350,000 to deposit in a bank might seem nothing out of the ordinary.

Indeed, when Osei Tutu II, traditional ruler of the Kingdom of Ashanti, summoned Mark Arthur to his multimillion-pound residence in Henley-on-Thames and handed him a bag containing almost £200,000 in sterling as well as $200,000 in US currency with consecutive serial numbers, the bank official felt it inappropriate to ask too many questions.

However, the subsequent deposit of the cash at Ghana International Bank triggered a money laundering alert in the City of London and cost Mr Arthur his job.

The King, who once worked at Brent council, summoned Mr Arthur, the bank’s second most senior executive, to his home in August last year.

Mr Arthur, from New Barnet, Hertfordshire, a dual citizen of the UK and Ghana, drove to his own home with the cash and then took it in an Uber taxi to the bank’s City offices for deposit in the king’s account, he told an employment tribunal.

Osei Tutu II, the holder of a diplomatic passport, told him the cash had been withdrawn from banks in Ghana and brought to the UK, he said in his witness statement.

He had also instructed Mr Arthur to move $200,000 to an account at Standard bank in Jersey.

Mr Arthur, a member of the Ashanti tribe, the largest in Ghana, carried out the transfer within hours, the tribunal heard.

He was suspended and then sacked following the incident, after an investigation by outside accountants Grant Thornton. He is claiming wrongful dismissal, unfair dismissal and failure to protect a whistleblower.

The bank said he had failed to follow anti-money laundering rules and had violated security policies as it was only insured to carry cash by armoured car up to a maximum of £250,000.

Mr Arthur, an executive director of the bank, alleged the deposit and transfer were approved by Ghana International Bank’s chief executive, Joseph Mensah.

Mr Mensah told an outside reviewer of Mr Arthur’s dismissal he “didn’t even have the authority to sanction such a huge amount”.

Osei Tutu II is estimated to be Africa’s 10th richest monarch, with valuable goldmine and cocoa plantations and remains one of the most influential traditional figures in Ghana.​

In his witness statement, Mr Arthur said he was not able to follow anti-money laundering rules when he accepted the cash because of the king’s status.

He said: “Without a policy to follow and did without wishing to offend a sovereign of my country, I found myself in a very difficult situation and one I had never been in before.

“I could not carry out the necessary due diligence by talking to His Majesty so decided it would be best to verify the deposits at the bank and to speak directly to Mr Mensah rather than disrespect His Majesty in a face-to-face meeting.”

The day after the bank accepted the cash and made the transfer to Jersey, it reported the transactions to the National Crime Agency as suspicious.

News of Mr Arthur’s suspension was subsequently passed to the City watchdogs the Prudential Regulation Authority and the Financial Conduct Authority (FCA). The FCA sent inspectors into the bank who severely criticised its handling of cash, the tribunal heard.

Lawyers for Mr Arthur argued that his handling of the deposit was in line with the way the bank previously handled Osei Tutu II’s account and that he was aware that the king could travel on a diplomatic passport.

They cited a string of large cash deposits in 2013 and 2014 where the source of the funds was not properly recorded.

They included a $100,000 that a review of the king’s account said came from a fundraising event. There were no documents recording the source of that cash, however.

Colin Millar, a building society chairman drafted in by Ghana International Bank to adjudicate on Mr Arthur’s appeal against his dismissal, rejected suggestions that the £350,000 holdall was acceptable given the king’s history with the bank.

He told the tribunal the deposit and swift transfer offshore was a “classic” warning sign of money laundering.

Mr Millar told the hearing: “If you want to hide the sources of funds that are from a disreputable source then you move them around until it reaches the point where the authorities can’t trace them back to their original source. That’s a way of hiding the proceeds of crime.”