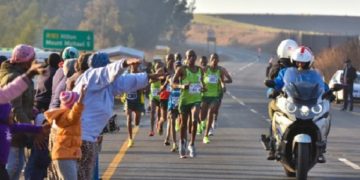 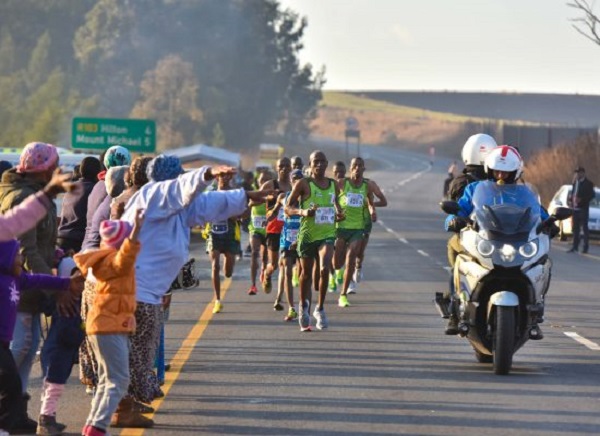 The man collapsed and died a few meters away from the finish line. Photo: mandeladm.org.za

A man in South Africa collapsed and died just as he was about to cross the finish line of this year’s Mandela Day Marathon in Howick.

The incident occurred on Sunday, according to organisers.

Organizers say the man collapsed a few metres before the finish line of the 21km race.

His identity has not been disclosed just yet, according to organizers who say they will do that once his next of kin are informed.

Doctors and paramedics had tried to revive him when he collapsed. He was then taken to a hospital where he was declared dead.

The KwaZulu-Natal Department of Cooperative Governance and Traditional Affairs gave these details in a statement.

Its spokesperson Lennox Mabaso said in the statement that “It is for the first time that the Mandela Day Marathon experiences such a tragic loss of life in it’s seven-year history.”

Residents in KwaZulu-Natal have expressed shock at the incident.

He was the country’s first black president and first after South Africa emerged from the Apartheid era.