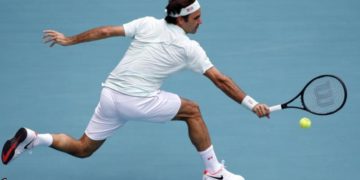 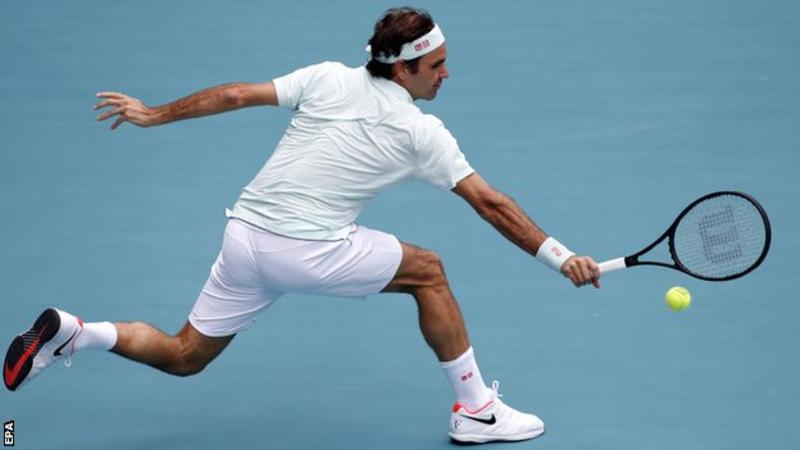 After Roger Federer racked up career title 101 with a clinical 6-1 6-4 dissection of John Isner at the Miami Open on Sunday, the American defending champion seemed as keen as the crowd for the Swiss to carry on competing for titles.

“We all want you to keep playing and never retire,” gushed Isner after being brushed aside in 63 minutes by the fourth-seeded Swiss.

This seems an odd statement from a player who has now been beaten six times by Federer in eight career meetings.

A more honest response might have been, “Roger you have won enough please go away”.

The Swiss has said he is not yet thinking about the record and neither is he contemplating retirement.

At 37, the retirement question is one that comes up for Federer before every event and after it – win or lose — as it did in Miami. His answer is always the same, “Why should I?”

The evergreen Federer is healthy, happy and winning.

With Sunday’s triumph – his fourth in Miami – he is the only player on the ATP or WTA Tour to capture two titles this season.

It has been a marvellous March for Federer, starting with a win in Dubai and ending with victory in Miami. It could have been even better with a runner-up spot at Indian Wells having been sandwiched between the two titles.

“This is why I am still playing to hopefully win big titles like here in Miami,” said Federer in a post-match interview. “It just shows me the process I am going through is the right one.

“I am still able to prioritise all the things in my life the right way.”

Federer has discovered the secret to career longevity that other members of the Big Four have not quite figured out.

World number one Novak Djokovic, who failed to make the quarter-finals at Miami or Indian Wells, is struggling with off-court issues, Rafa Nadal is again battling knee problems, while Andy Murray is recovering from hip surgery that may have sent him into retirement.

And Federer? The Swiss maestro just keeps ticking along like one of his country’s famous time pieces.

“I am really excited about the transition I was able to make,” he said. “With an older body maybe you move differently, you see it with Rafa too, he doesn’t chase down the balls the same way he used to so you adjust to that.”

Federer listens closely to what his body is saying and after reaching three consecutive finals it is telling him that it is time for a rest before he tackles the European claycourt season for the first time in three years.

“The clay is going to be a really interesting challenge for me,” said the Swiss, who will take four or five weeks off before returning in Madrid. “If things don’t go well then that was expected maybe, but if they do than I am really excited.”

Opinion: The EU is neglecting its humanitarian duty