Amazon customers get a sneak peek at deals to come 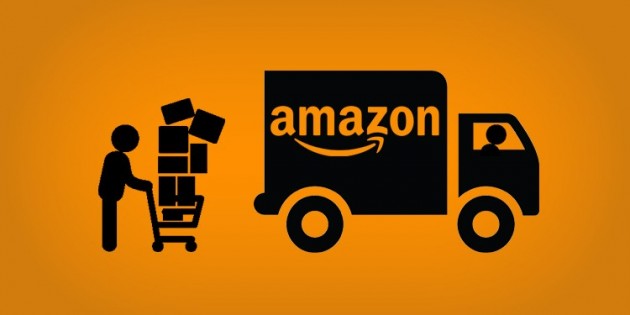 Amazon was getting its customers prepared for the highly anticipated Prime Day 2019 with a preview of deals to come.

Prime Day 2019 begins on Monday, July 15, but the online retail giant wanted to give its consumers a sneak peak of the many deals that will be offered, including saving $25 on a Fire TV Stick with Alexa Voice Remote and an Amazon Echo for $49.99.

Amazon said it was offering Lightning Deals this year that will “include jaw-dropping prices on top top-tier brands.” The company encouraged consumers to keep checking the website for deals.

According to the preview, Amazon was featuring savings on a number of Amazon devices, including an Echo Dot Kids Edition for $44.99 and $30 off the new Kindle.

Besides Amazon’s electronics, the company was offering savings on televisions.

The company did not give much info on how much a consumer will save but promised consumers will “save big” on a Samsung QLED 65” TV and savings on select Chromebooks.

Select Sony LED Smart TVs were up to 50 percent off while select phone cases and accessories were 30 percent off.

Amazon also remained mum on savings for HP office printers but said consumers will “save big” on select devices.

As for fashion and beauty, some brands, including Under Armour, Calvin Klein and Lacoste clothing was on sale (select styles).  Some beauty brands products from companies such as Mario Badescue and Clairsonic were up 30 percent off.

Select toys were up to 40 percent off while the Nintendo Joy-Con is 25 percent off. Amazon said consumers will save on select Nintendo Switch and receive a $35 gift card to Digital eShop.

As for outdoor items, select Black and Decker products were up to 30 percent off and consumers can save 36 percent on the Sun Joe SPX2598 Pressure Washer.

The online retail giant gave some tips for those looking to save more including monitoring deals on the Amazon app, asking their Alexa product for the latest deals and applying for an Amazon Prime credit card.