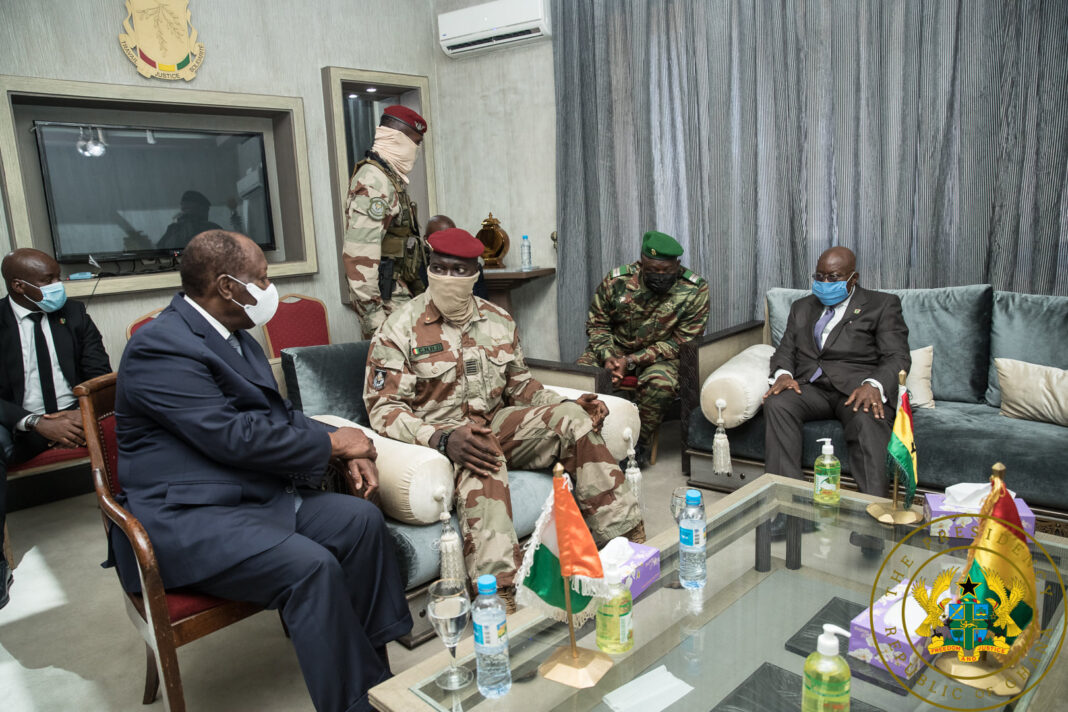 Guinea’s coup leader, Colonel Mamadi Doumbouya has rejected the appointment of Mohamed Ibn Chambas as a special envoy for his country by West African leaders.

ECOWAS leaders at their extra-ordinary summit in Accra, Ghana decided to “appoint a Special Envoy to Guinea with a view to strengthening dialogue with the Transition Authorities towards a successful and short transition process.”

But Doumbouya who is heading Guinea’s transition said in a statement on Tuesday that he is committed to do everything possible for the success of the ongoing transition.

The coup leader however said no to the designation of Mohamed Ibn Chambas as special envoy to Guinea, saying there is no emergency situation to warrant such an appointment.

Doumbouya however accepted to receive ECOWAS missions to work as part of the technical and financial support going in the direction of the return to constitutional order.

ECOWAS has also asked “the Transition Authorities to urgently submit a detailed timetable of activities to be carried out under the transition towards the holding of elections.”

The Authority of ECOWAS also decided to uphold the suspension of “Guinea from all ECOWAS governing bodies as well as the travel ban and freeze of financial assets imposed on the members of the CNRD and their family members, until constitutional order is restored.”

Col Mamady Doumbouya toppled the Alpha Condé regime in September and then got sworn in as the interim president last month.

President Condé who was overthrown was just starting his controversial third term in office.

41-year-old Doumbouya now joins Mali’s Assimi Goïta, 38, as the continent’s youngest leaders – all through a coup.

The military junta has already laid down plans towards returning the country to a civilian rule.