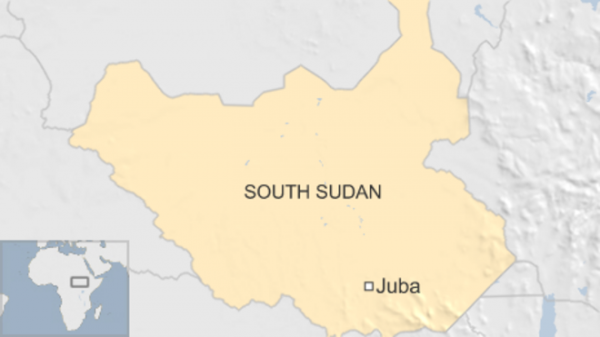 At least 11 people are dead and 16 others have been injured after an attack on football fans in South Sudan, local media report.

A gunman opened fire on a crowd watching an English Premier League game near the town of Juba.

Police are investigating, but have not yet identified a motive.

The incident took place in Gure, a suburb of Juba, the South Sudan capital.

The city was hit by violence earlier this year as rival political factions clashed, prompting the vice-president, Riek Machar, to flee the country.