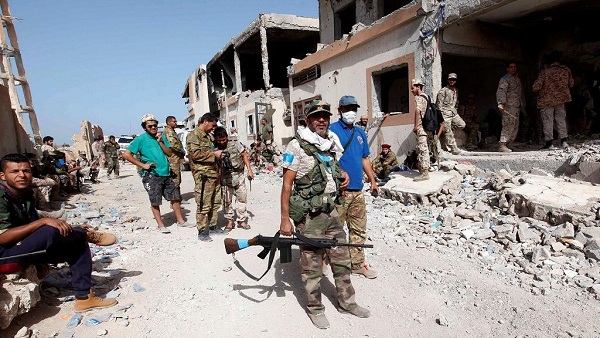 Libyan forces freed more buildings on Wednesday from Islamic State control in Sirte’s Ghiza Bahriya neighbourhood in their decisive final push to oust the group from the area. Only a few snipers are said to be occupying the remaining area.

The U.S. special envoy to the coalition against IS had said earlier this week the remaining area is about the size of a ‘soccer field’.

Fighters from nearby Misrata strategically moved through demolished houses for better vantage points.

The slow advance on the militants has been due in large part for fear of civilian casualties still believed to be imprisoned by the group.

While Trump has still not made an official statement regarding the war in Libya, European Parliament President Martin Schulz said on Wednesday that “From Syria to Iraq, from Ukraine to Libya, Trump’s role in diplomacy and deal making will be tested from Day One.”