Women in Abuja angry over discrimination for marrying younger men 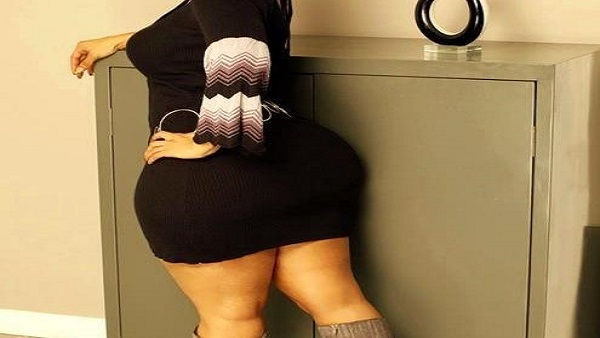 Some women in the Federal Capital Territory (FCT) on Thursday criticised discrimination by the society on their decision to marry younger men, why applauding the men for doing similar act.

Speaking to the News Agency of Nigeria (NAN) in Abuja, some of the women alleged that they have been discriminated, judged and labelled “Sugar mummy” for their decision to marry men they were older than.

Mrs Esther David, a businesswoman, said she was five years older than her husband, who is also into the same provision business with her.

David said her decision to marry her husband was borne out of love, admiration and respect she had for him, and not because she was desperate to get married as alleged by some persons.

“Our society tends to judge women negatively for marrying younger men, even if that relationship was born out of love and respect for each other.

“But the same society see nothing wrong if a man marries someone that he is old enough to even be her grandfather,’’ she lamented.

According to her, she faced a lot of challenges from her in-laws due to their age differences before she was fully accepted as his wife, despite performing the traditional, Christian and even the court wedding.

Similarly, Mrs Bose Ade, a mother of two, said even though she was eight years older than her husband, whom she has been married to for over a decade, said it does not change the love, affection and respect they had for each other.

“At first, it was very difficult for me to accept his marriage proposal because I was far older than him with over eight years.

“But I was later convinced by his persistence and support from his family that he was not dissuaded by our age differences,’’ Ade said.

However, she added that even though she was accepted by her in-laws she still faces discrimination due to their age differences from some of his relatives and the neighbourhood they reside.

According to her, she ignores all those subtle attacks on her person, urging other women that are facing similar challenges to ignore gossip and concentrate on building their home.

“I don’t have problem with my in-laws, it is just some distant relatives of his and people in our area still gossip and call me names like old woman, and all sorts because he looks younger than I do.

“I choose to ignore them and make sure I exhibit love and affection for my husband just to spite them,” she said.

However, Miss Fatima Musa, an unemployed graduate said she cannot marry a man she was older than because the society would see her as “desperate’’ and she would not get the respect she deserves from him.

Musa also added that women naturally look older physically than the men, so the age difference between an older woman and her much younger husband would be too glaring, particularly when the woman starts giving birth to children.

“Women naturally look older than men. So if you marry someone younger in age, one might end up looking like his mother or elder sister than his wife, especially when she starts bearing children,’’ she said.

On his own part, Malam Idris Samaila, said there was nothing wrong in a woman marrying a man she is older than, as long as mutual trust, respect and love was between them.

“Age is just a figure that people put so much emphasis on. It does not matter if a woman is older than her husband or the husband is older than the wife as it is commonly practiced in our society.

“The main issue we should be concerned about is how to build our homes within the tenets of our religious believes, as well as sharing love and understanding.’’

Samaila said the fear of marrying a younger man by some women, whom feel the age difference might bring disrespect between them, was uncalled for, as respect was earned and not deserved.

“When some people claim that marrying a younger man would make him disrespectful to them in the future is a flimsy excuse because I have seen instances, where a matured man marries a younger one like his daughter’s age mate and she still does not have respect for him.’’

He therefore appealed to the society to shun any form of discrimination against men or women, who marry much younger spouse and encourage the sanctity of marriage within the religious or traditional belief so as to reduce the rates of illegitimate children in the society.
Source: News Agency of Nigeria