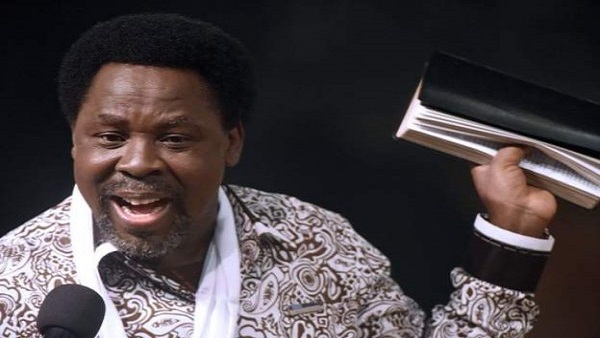 Popular Nigerian preacher, TB Joshua has for the first time reacted to criticisms over his prediction on the US elections. The preacher had predicted a Hillary Clinton Victory before the November 8 elections.

The Republican Party’s nominee, Donald Trump however emerged winner. Since then there have been series of criticisms with some mocking the Nigerian preacher over the prophesy.

He has however in a facebook post stated that only prophets that operate at his level can understand the circumstance surrounding his prophesy.

TB Joshua said “We have seen the outcome of the election in America. Having read, you will notice that it is all about the popular vote, the vote of the majority of Americans. In this case, we need the Spirit of a Prophet to recognize or to know a Prophet. Our levels are different. We are not on the same level.”

“All democrats must value the process of democracy more than the product. God bless the United States of America” The Televangelist added.