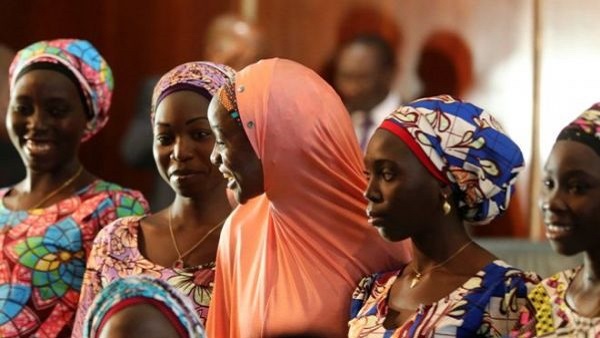 When a colleague asked Margee Ensign to help her sister who had been snatched by Boko Haram from her school dormitory in Chibok and escaped, the president of the American University of Nigeria could not refuse.

Ensign decided to offer scholarships to girls who managed to flee the Islamist militant group after it abducted more than 270 of their classmates in April 2014, its most high-profile assault in a seven-year insurgency to create an Islamic caliphate.

Of the 57 girls who escaped after the night-time raid in northeastern Nigeria, 24 accepted the university’s offer.

But not everyone celebrated their return to education in Yola, the capital of a state neighboring Borno where they were seized.

“People (in Chibok) told us that we are stupid for sending our children to school again after what happened,” said the father of one girl who took up a scholarship at the university in a video recording of her first day there.

Scarred by his daughter’s ordeal, he was one of many parents who stayed with their children in the dormitories during the first few weeks.

Boko Haram has abducted hundreds of men, women and children, killed thousands and displaced more than 2 million people during its insurgency.

But it was the kidnapping of the Chibok girls which prompted outrage worldwide and spurred a campaign, #bringbackourgirls, backed by celebrities and U.S. first lady Michelle Obama.

The Islamist militants released 21 of the girls last month after the Red Cross and the Swiss government brokered a deal with the group, but some 200 remain missing.

Ensign, an American academic who has previously worked as an advisor to the governments of Uganda and Rwanda, said the Chibok girls arrived on campus in August 2014, most of them nervous and doubtful about resuming their education.

“We took them to the market place and they were very frightened,” said Ensign, recalling accompanying the girls on a shopping trip with the school bus. “They didn’t want to be out (of the bus) on their own … so we took in a few at a time.”

While the girls gradually settled into life at the university – sticking together for comfort and support, and using laptops and phones to stay in touch with their families – starting classes was a challenge for many of the new arrivals.

“When I first came here, I was shocked,” said 18-year-old Glory.

“I said: ‘Is this Nigeria?’ I didn’t think I would make it because of my Chibok background,” she told the Thomson Reuters Foundation by Skype.

The teenager, who along with 56 classmates jumped off a truck used by Boko Haram fighters to spirit them away, is now pursuing her dream of studying medicine.

“I want to be a medical doctor to help my community in Chibok … we don’t have well qualified doctors,” Glory said.

Yet many of the Chibok girls could not read or write fluently when they arrived at the university, said its staff.

“It was like they had special needs,” Ensign said.

“PAST IS IN THE PAST”

To accommodate their varying academic abilities, the university devised a special program for the girls – rather than just sending them to its affiliated secondary school – and split them into beginner, intermediate and advanced classes.

Called the ‘New Foundation School’ (NFS), the girls are tested frequently in the hope of getting them ready to move up to the university. But they are also awarded regularly for public speaking, sports and other extracurricular activities.

“We didn’t want to call them Chibok girls anymore,” said Reginald Braggs, assistant dean of student affairs at the university. “We made up this new name … letting the girls know that whatever they have done in the past is the past.”

The girls have their own dormitory and a floor to themselves, but have bonded with the rest of the students.

“Nobody treats us funny,” said 19-year-old Martha, who in September moved from the NFS to the university to study a degree in natural environmental sciences. “I have many friends.”

But events like the deaths of family members to Boko Haram attacks and the anniversary of their abduction disrupt the girls’ school lives and reopen old wounds, according to Ensign.

“The first anniversary was difficult … they were just in each other’s arms, inconsolable,” she said, adding that the university had provided a psychologist for the girls. “But by the end of the day, we were all holding hands and praying.”

The girls – six of whom have moved from the NFS to the university to study subjects like law, medicine, and computer science – said they all wanted to go home to Chibok and help to rebuild their community once they had finished their education.

Yet their friends and families back home say that the way the girls talk and behave has changed, according to Glory.

“People are jealous of us, and ask us: ‘Why are you behaving like this? Are you not from Chibok background, and yet you are behaving like people who came back from America’,” she said.

“We tell them that is why we are in school.”

Share
Facebook
Twitter
WhatsApp
Linkedin
Previous articleHillary Clinton: I wanted to curl up with book after election loss
Next articleStudy reveals how often you should have sex based on your age
- Advertisement -