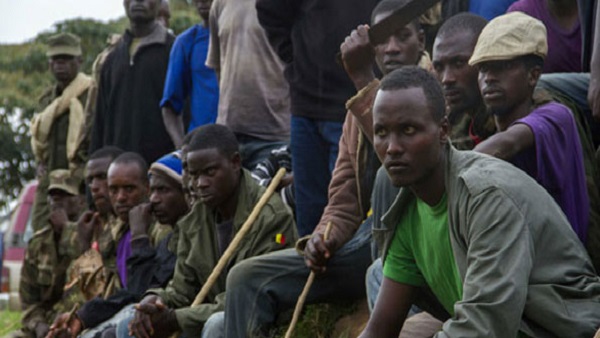 Former Congolese rebels who have lived in disarmament camps in Uganda since 2013 are not welcome in the country and are not Uganda’s problem, a state minister told Reuters on Tuesday.

Okello Oryem, state minister for international affairs, said he didn’t know and didn’t care if rebels were missing from the camps following reports that some fighters may have crossed the border into neighbouring Democratic Republic of Congo (DRC) this weekend.

The reports of rebel movements come at a time of mounting opposition to Congolese President Joseph Kabila after he decided to stay in office beyond his mandate, which expired last month. Protests have turned deadly and some observers fear the tensions could spark a new civil war.

Oryem said Congo might be using reports of M23 movements to divert attention from the political crisis.

“M23 should not be used to deflect from their (Congo’s)domestic issues,” he said.

The rebels had been in camps for demobilized fighters in Uganda following their defeat in 2013. Formerly, they were the largest of dozens of armed groups in the country and controlled huge swaths of the country’s mining heartland in the east.