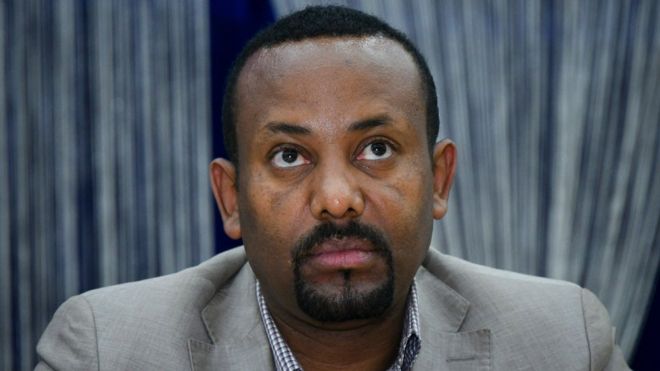 Abiy Ahmed is described as an astute politician. Photo: EPA

The new prime minister of Ethiopia Abiye Ahmed has been sworn in at a ceremony in the country’s parliament on Monday.

His swearing in took place amid ethnic tensions in his home region of Oromiya, a development that poses a major challenge for him to implement political reforms.

In his speech to lawmakers Abiye said “Today is a historic day. We bear witness to a peaceful transfer of power. Today our situation presents us with opportunities and threats. Today we are in the midst of uncertain times.”

The country’s Ethiopian People’s Revolutionary Democratic Front (EPRDF) decided to pick Abiye who would be leading the coalition as chairperson after winning over 60 percent of votes in the 180 member council.

Abiye has a major task of restoring calm to the East African country which has been plagued with series of protests and ethnic clashes in recent years.

Ethiopia has witnessed repeated violent demonstrations since 2015, with protesters calling for political and economic reform, and an end to state corruption.