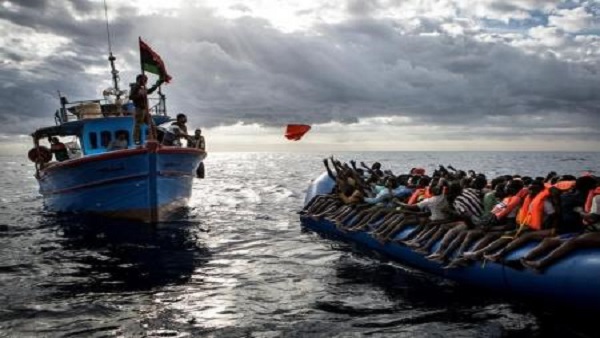 About 180 migrants, including 80 from other African countries were on-board the boat with officials saying the identities of the migrants involved were Tunisians and other nationalities.

A boat carrying migrants hoping to cross the Mediterranean to reach Europe sank off Tunisia’s southern coast on Sunday with as many as over 46 migrants reported dead.

The defence ministry of Tunisia has confirmed the disaster in a statement, adding that 67 others have been rescued by coast guards while rescue operations are still ongoing.

About 180 migrants, including 80 from other African countries were on-board the boat with officials saying the identities of the migrants involved were Tunisians and other nationalities.

A survivor told Reuters that the captain of the boat abandoned the boat after it started sinking to enable him escape arrest by the coast guard. “I survived by clinging to wood for nine hours,” the survivor was quoted as saying.

North Africa remains the major route used by migrants seeking to reach Europe for greener pastures. Tunisia is one of those countries witnessing a mass exodus of its young people to Europe due to the economic crisis in the country.

Last month, Algeria was accused of abandoning migrants in the Sahara Desert by the UN which it warned could trigger another crisis.

The International Organisation for Migration (IOM) said that it has been forced to take in and handle some 10,000 migrants who were left to die in the desert since September.

These migrants have to endure harsh conditions in the desert hoping to reach the nearest border town. Many who are unable to endure the heat die in the process.

Human traffickers are also reportedly taking advantage of migrants duping them and subjecting them to inhumane conditions.