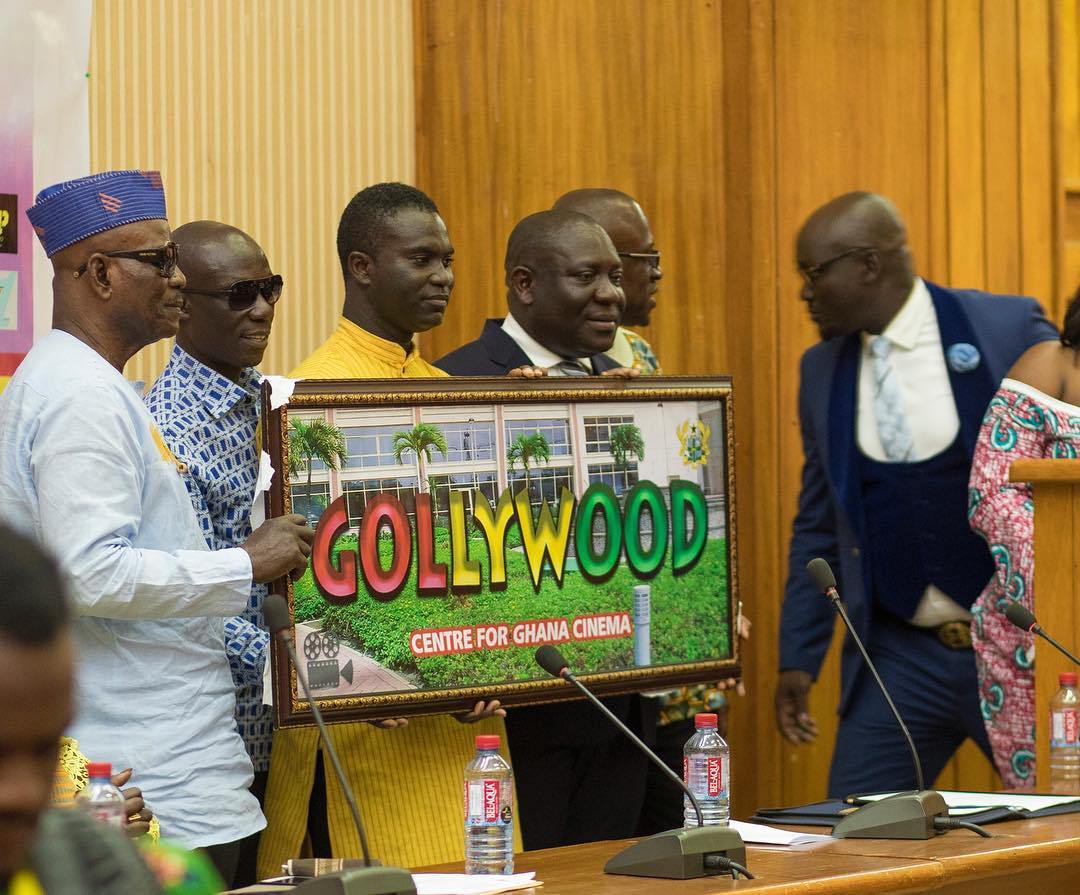 For years Ghanaians have laboured for a name for the country’s film industry. For almost a decade the name “Ghallywood” was used by some players in the sector.

The success of the Nigerian movie industry, Nollywood has forced Ghana to find a catching name.

But that has now changed with the unveiling of the name “Gollywood” in the country’s capital Accra.

The new name was unveiled last week by leaders of the film industry at a film summit.

The Gollywood name appears to be taking cue from Hollywood (for American movie industry). Bollywood also refers to the Indian movie Industry while Nollywood is the name for the Nigerian movie industry.

Some movie fans have been reacting to the new name on social media. It appears not many are enthused.

Is finding great graphic designers that difficult in Ghana? #gollywood

So the Ghana Film Industry decided to go with Gollywood.
The first fail of the whole industry and it’s in creativity.

Who ever proposed that we call the Ghana Movie industry “GollyWood” get serrious issues ?
Should we add the “wood” in the first place?
Which kind mental slavery be this

Who has cursed us in this Ghana at all??? That we must sound, look like America to be accepted? Cause there’s #Hollywood we also wanna #Kumawood & #Gollywood??? Such a pity distin ?? pic.twitter.com/A97gcGtMRK

I doubted the Ghana Movie Industry was dead till they brought the OBITUARY. #LastKiller #Gollywood pic.twitter.com/fHZqMdgNvP