At least eight people have died after an amphibious “duck boat” carrying tourists sank in stormy weather in the US state of Missouri, police say.

The vessel was carrying about 30 people on Table Rock Lake, a popular tourist attraction near the town of Branson, when it capsized, local media say.

Divers have been searching the lake for others who are missing, after the boat sank shortly after 19:00 (00:00 GMT) on Thursday.

Seven people were taken to hospital.

Stone County Sheriff Doug Rader said one of his deputies was on board at the time and had helped to rescue some of the passengers.

Local media said that some of those on board were children.

Amphibious vehicles are popular with tourists but have been involved in a number of fatal accidents. 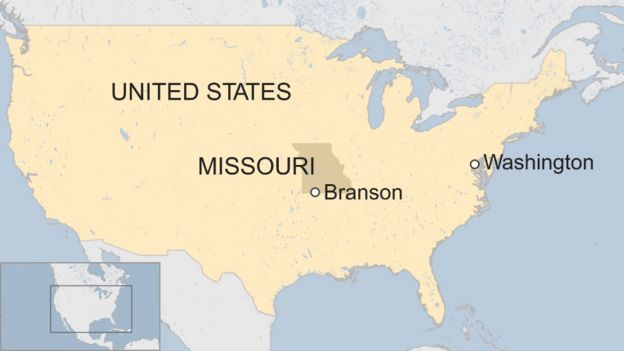