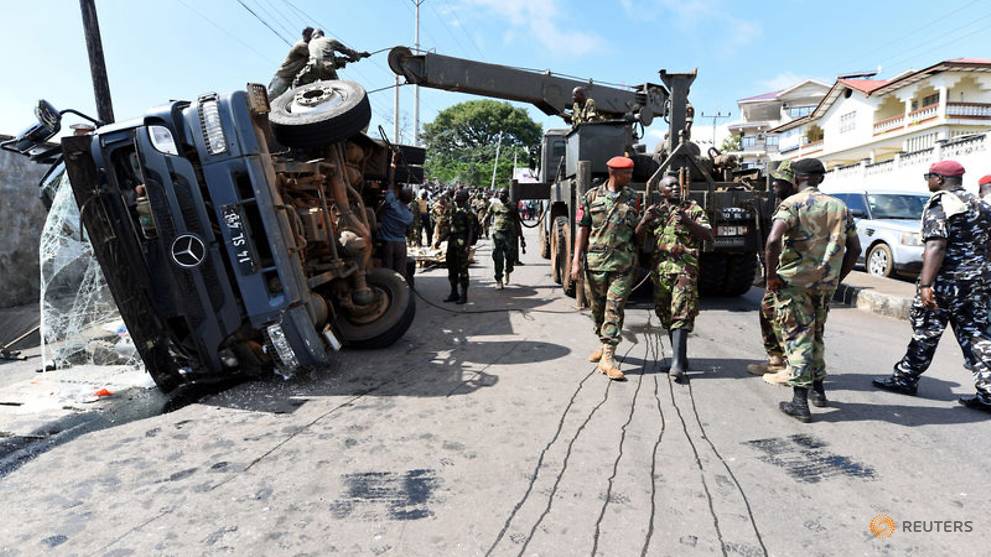 Thirteen people have been killed after a military truck in Sierra Leone flipped over on Monday.

Military officials say more than 30 people also sustained injuries in the accident which occurred on a major road.

Among the dead were eight soldiers. The remaining were civilians.

The open-air truck according to local media was carrying over 40 soldiers heading to a funeral in Freetown.

Military spokesman in Sierra Leone, Captain Yaya Brima told Reuters that the truck toppled over and slid for more than 30 metres.

He is quoted as saying that “This is a real tragedy for us.

We’re currently investigating what could have happened to have caused one of our own vehicles to have failed in such a catastrophic way.”