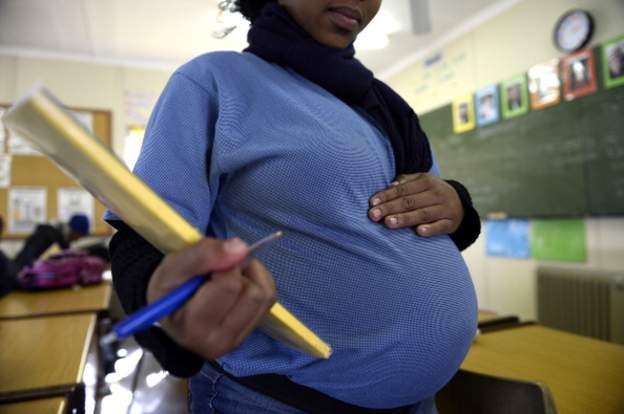 School girls who get pregnant while in school are also banned from writing exams. This is seen as a setback to the government's own new educational reforms.

Sierra Leone insists pregnant girls are not allowed in school despite a policy to make education free for all.

School girls who get pregnant while in school are also banned from writing exams. This is seen as a setback to the government’s own new educational reforms.

A government spokesperson on Thursday told Reuters that the policy should not affect measures to make education accessible to all.

Sierra Leone introduced the ban on pregnant girls in 2015. It was a move to deal with teenage pregnancies following a rise in rape, abuse and poverty during the outbreak of the deadly Ebola virus.

Rights activists however say the law rather increased shame and stigma for pregnant girls. The hope many had that the new government led by President Julius Maada BioSome will change the policy has been dashed.

Education ministry spokesman Brima Turay told Reuters that pregnant girls “are not allowed to go to mainstream schooling. It still remains a policy.”

He justified the decision saying “You would not want to overload a pregnant person when they probably don’t even want to be there.”

The government’s free education policy starts in September this year.

The United Nations says only 56 percent of girls aged 15 to 24  in Sierra Leone are literate, compared to 73 percent of boys in the same age range.

Rights groups such as Amnesty International have condemned the policy. They consider it an act of relegating girls to the background when it comes to education.

Sabrina Mahtani, a researcher for rights group Amnesty International is quoted by Reuters as saying that “The fact that they may be stigmatized is not an opt-out for the government. They have a duty to address this, such as by making sure teachers make pregnant girls feel welcome.”

Another rights group, Equality Now and partners have already sued the government over the pregnancy ban at the ECOWAS court.