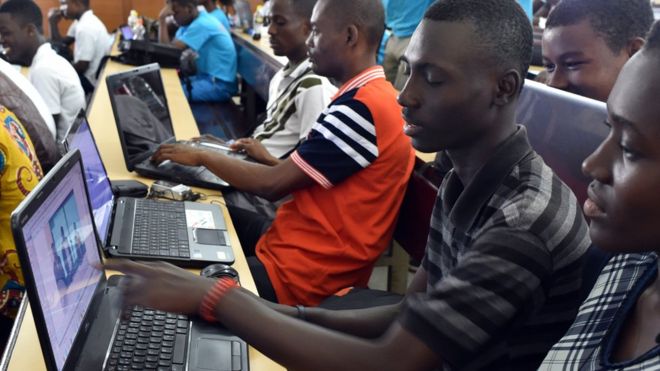 Access to the internet becoming expensive for billions globally

Access to the internet becoming expensive for billions globally

The 2018 Affordability released on Tuesday also said that over the years very little has been done in some countries to improve infrastructure.

Ghanaians are angry for paying too much for mobile data

According to the report “more than 2.3 billion people live in countries where just 1GB of mobile data is not affordable.”

The 2018 Affordability Report “warns that this high cost to connect is keeping billions offline and pushing the global goal of universal internet access further out of reach.”

Most affected from low-middle-income countries

Authors of the report studied the state of “affordable internet access across 61 low- and middle-income countries.”

The results showed that “of the 61 countries studied, just 24 had affordable internet, where 1GB of mobile data costs less than 2% of average income.

Across the countries analysed, just 1GB of data costs over 5% of average monthly income; this price skyrockets to around and upwards of 20% of average income in a handful of countries.

According to the United Nations’ prediction half of the world’s population should have been connected to the internet by end of 2017. But the reports says “a downturn in the growth of internet access and use means that we now don’t expect to reach that milestone until mid-2019.”

Executive Director for Alliance for Affordable internet Sonia Jorge says “While we have seen a few bright spots of the policy leadership needed to advance affordable internet access, we are deeply concerned to see that policy progress has largely stagnated.”

“Failure to prioritise needed broadband policy reforms has left billions of people offline, and has contributed to a significant slowing in the rate of people coming online. Every moment that these billions are unable to participate in digital development is a lost opportunity for economic, social, and political growth.

Policymakers, the private sector, and civil society must come together to take immediate action to develop and implement the policies needed to connect everyone and accelerate internet growth,” Jorge added.

The reports recommending policy reforms to expand infrastructure to underserved locations and populations.

That will reduce the cost for “internet providers and consumers alike.” The report also urged “policymakers to prioritise the time and resources needed to support the development of infrastructure critical to reducing internet costs.”

The 2018 edition of the Affordability Report is available at a4ai.org/affordability-report, along with all supporting data and an interactive data explorer.

Over 50 killed in ethnic clashes in Somaliland