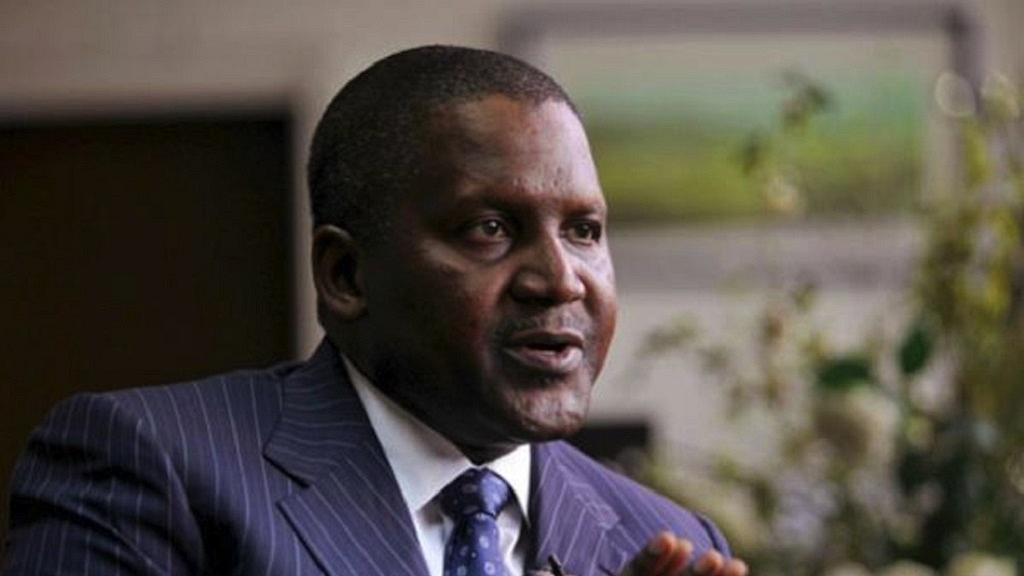 The 61 year old is the founder of Dangote Cement, the continent's largest cement producer. According to Forbes he owns nearly 88% of publicly-traded Dangote Cement through a holding company.

Aliko Dangote is a Nigerian

Nigeria’s Aliko Dangote remains Africa’s richest man, according to Forbes list of ‘The World’s Billionaires’ for 2018.

Dangote was however ranked 100th on the global list, maintaining the number one position in Africa for years now.

Last year he ranked 105th on Forbe’s real-time billionaires’ ranking. His 100th position this year is an improvement. Dangote is worth $14.1 billion.

The 61 year old is the founder of Dangote Cement, the continent’s largest cement producer. According to Forbes he owns nearly 88% of publicly-traded Dangote Cement through a holding company.

Part of his wealth also comes from the stakes he owns in publicly-traded salt, sugar and flour manufacturing companies.

Following Dangote as the second Richest man in Africa is South Africa’s Nicky Oppenheimer who is worth $7.7 billion.

Oppenheimer is heir to his family’s fortune. According to Forbes he sold his 40% stake in diamond firm DeBeers to mining group Anglo American for $5.1 billion in cash in 2012.

She is worth $2.6 billion and is followed by Nigeria’s Folorunsho Alakija who ranked second on the female rich list in Africa.

Alakija is vice chair of Famfa Oil, a Nigerian oil exploration company with a stake in Agbami Oilfield, a prolific offshore asset.

Africa dominates list of least liveable cities in the world

Nigerian workers to embark on strike on January 2