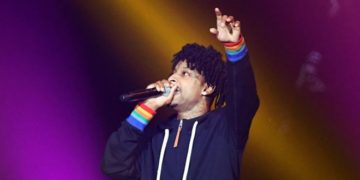 The rapper, Shayaa Bin Abraham-Joseph, came to the US in July 2005 aged 12 and failed to leave when his visa expired a year later, officials said. 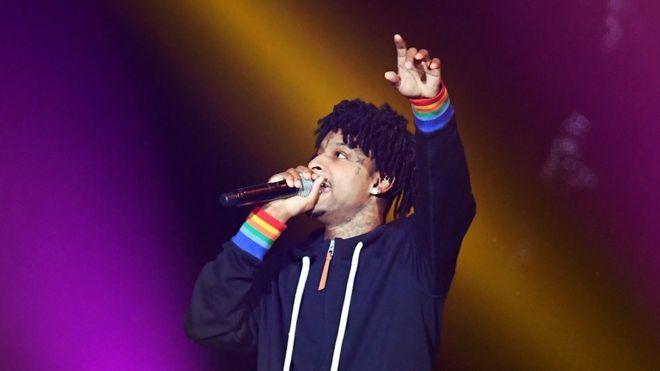 Atlanta rapper 21 Savage has been arrested by immigration officials who say he is actually from the UK, reports say.

The rapper, Shayaa Bin Abraham-Joseph, came to the US in July 2005 aged 12 and failed to leave when his visa expired a year later, officials said.

An Immigration and Customs Enforcement (ICE) spokesman said he was being held for removal proceedings.

He has previously described a childhood in Atlanta during interviews.

Young dad kills himself after ‘feeling lonely’ during covid-19 lockdown

In an interview with Fader magazine in 2016 he said he had first seen a gun aged eight – although the article did not specify where this incident had taken place.

The 26-year-old is also quoted in the interview as saying he was expelled from school in Atlanta aged about 12 or 13 for taking a gun to class.

“His whole public persona is false,” a CNN reporter quoted an ICE spokesman as saying.

Other reports quoted ICE as saying the rapper was being held in the state of Georgia for being unlawfully present in the US and for being a felon. He was convicted of drugs charges in 2014.

Officials were waiting for a judge’s ruling before deciding how to proceed, a spokesman said.

US website TMZ quoted his lawyer Dina LaPolt as saying she was trying to get the rapper out of detention “while we work with authorities to clear up any misunderstanding”.

“Mr Abraham-Joseph is a role model to the young people in the country – especially in Atlanta, Georgia and is actively working in the community leading programs to help underprivileged youths in financial literacy,” she added.

How many people overstay visas in the US?

There are 10.6 million undocumented immigrants in the US, according to think-tank Center for Migration Studies. That represents 3.25% of the US population.

Although President Donald Trump has blamed the southern border for illegal immigration, most actually arises because people overstay their visas (tourist or other temporary permits).

More than 700,000 people who entered the US legally overstayed their expect departure date in 2018, according to the Department of Homeland Security.

In December the rapper released his second album, I am > I was, which went to the top of the Billboard 200 albums charts.

The same month he apologised for a lyric in one of his songs that mentioned “Jewish money”.

It followed a similar apology by NBA star LeBron James, who had shared 21 Savage’s lyric on his Instagram account, where critics drew attention to it.

LeBron James said he thought it had been a compliment.

21 Savage said he was “sorry if I offended everybody”.

The rapper, who has collaborated with the likes of Cardi B, Drake and Offset has enjoyed more success in the US than the UK, but is probably best known for the song Rockstar, which he features on with Post Malone.

The song reached number one on both the Billboard Hot 100 and the UK Top 40 and has been streamed on Spotify more than 1.4 billion times.

It is also currently nominated for record of the year and best rap/sung performance at the Grammy Awards.

His latest album peaked at 33 in the UK, whilst his only other Top 40 hit is with Cardi B, for the song Bartier Cardi.