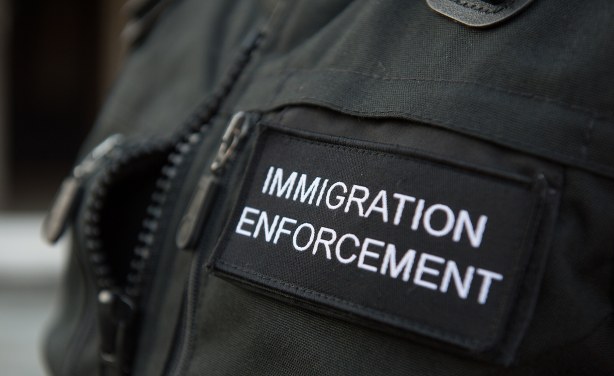 11 Pakistani men have been arrested in Ghana in the wake of fears of terror attacks in the West African country.

According to the Ghana’s Immigration Service they were picked up from their hideout at Kenten-Anyinabrem, about 370km from the national capital, Accra.

A Municipal Commander of the Ghana’s Immigration Service in the town of Techiman, Chief Superintendent Annor Abrokwa told journalists that they are on the heels of some Ghanaians who facilitated their stay in Ghana.

Abrokwa said “They were hiding at a location close to a refuse dump in the area. When we arrested them, they told us they were in the area for evangelism and that they were brought into the country by one Amadu Seidu.

We contacted local authorities including the Chief Imam who were unaware of their status in the area”.

According to the Municipal Immigration boss the suspects did not have their passports and other documents at the time of their arrests.

“They had no passports so this morning we got hold of their passports and we are preparing to transfer them to our headquarters in Accra for further investigations”.

The UK and Canadian Embassies in Ghana have recently issued alerts of possible terror attacks in Ghana.

It follows the several cases of kidnapping of some Ghanaians and foreigners.

The latest case is the kidnapping of two Canadian students on an exchange programme.

Last month Ghana, Ivory Coast and Benin said they were on alert following threats from Jihadists operating in the neighbouring Burkina Faso.

The Africa Centre for Security and Intelligence Studies (ACSIS) issued a security alert of an imminent attack from the Salafi-Jihadist group in Burkina Faso on Ghana and Togo.