At least 29 killed in two attacks in Burkina Faso 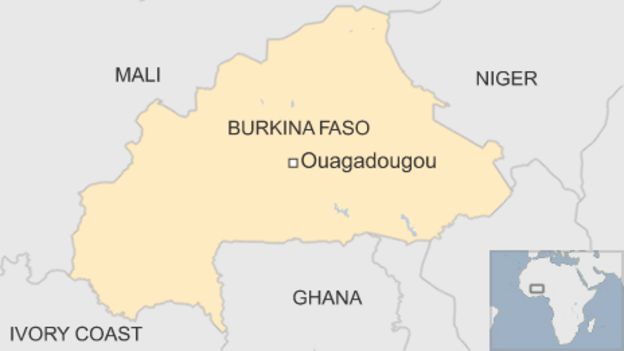 Authorities in Burkina Faso have said that at least 29 people were killed in the country’s troubled north on Sunday.

First an attack carried out on a food convoy led to the death of 14 civilians.

Then a truck also hit an explosive device in Sanmatenga province killing 15 people and wounding six.

In a statement the government said “This drama comes as important security efforts are underway in this region. Military reinforcements have been deployed.”

Burkina Faso in recent months has witnessed many deadly attacks resulting in deaths.

Most of these attacks have been carried out by jihadists operating in the country.

In August an attack carried out by gunmen led to the death of 24 soldiers.