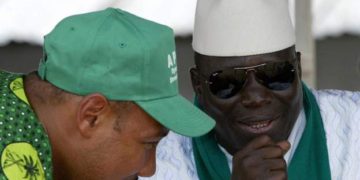 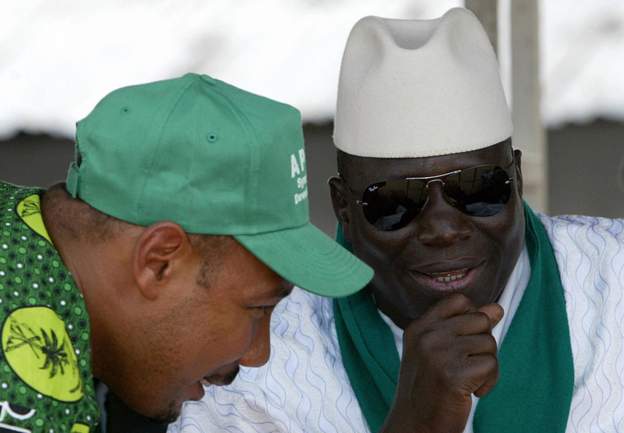 A former senior Gambian politician has admitted that he played a role in the killings of some soldiers accused of plotting a coup to overthrow former President Yahyah Jammeh.

Edward Singhateh told the country’s truth commission that he was responsible for the execution of soldiers accused of the said coup shortly after Jammeh came into power.

Singhateh was one of four junior officers who carried out the coup in 1994 that brought Mr Jammeh to power.

He said months later 11 soldiers were accused of launching a counter-coup and were executed.

Mr Singateh told the truth commission that he and Mr Jammeh agreed to execute the soldiers although he claimed he did not fire the shots.

More than 20 soldiers were killed at the time and their bodies were never discovered until recently.

Remains of seven of the soldiers were found in a single grave outside the capital Banjul this year after a two-week search of a military barracks.

Relatives of the missing soldiers had to witness the discovery of the skulls in a grave.

The ongoing hearings into alleged rights abuses during Mr Jammeh’s 22-year rule also revealed that the former leader ordered the 2005 execution of the 56 West African migrants, including 44 Ghanaians.

There have been other witnesses who have also testified that Jammeh ordered other killings of journalists and activists he deemed an obstacle to his rule.

The commission’s work will primarily offer some compensation to individuals who suffered torture, molestation and other crimes including killings under Mr. Jammeh’s regime.

There are eleven commissioners who are hearing the stories of witnesses and hope to document the scale of the abuses by October 2020.

Yahya Jammeh ruled Gambia for 22 years until he was forced out of power into exile in Equatorial Guinea in 2017.

But his country has been left in a state of bitterness due to the several reports of extrajudicial killings, torture and forced disappearances under that regime.

Model Bella Hadid is the world's most beautiful woman