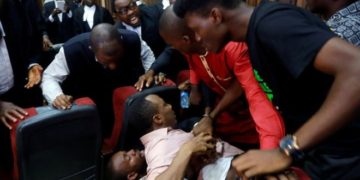 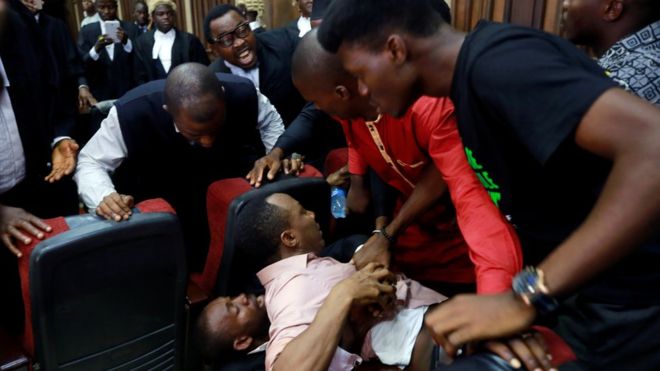 Journalist and founder of the news site Sahara Reporters, Omoyele Sowore was on Friday re-arrested in a chaotic manner after securing a bail hours earlier.

The former presidential candidate was detained a day after his bail was upheld by a high court.

He was seen in a video that has gone viral being pinned to the floor during scuffles with state security agents at a court hearing.

Omoyele Sowore was first arrested in August this year after he led calls for a revolution.

But authorities say he was detained on charges of treason, money laundering and harassing the president.

Sowore has pleaded not guilty to those charges but has struggled to secure his release although the courts have ruled against his continued detention.

His lawyer, Femi Falana, said the activist was re-arrested by state security officials on Friday after a hearing.

“Having complied with the order of court … what is therefore required is for the state security service to allow our clients enjoy their limited freedom,” Falana told Reuters after Sowore was re-arrested on Friday.