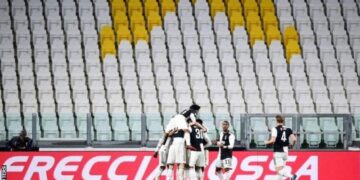 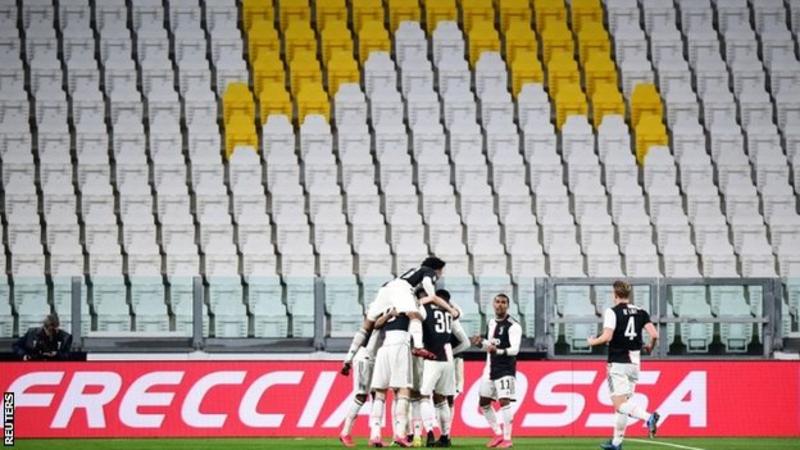 All sport in Italy has been suspended until at least 3 April because of coronavirus, the country’s prime minister Giuseppe Conte has announced.

This includes Serie A but not Italian clubs or national teams participating in international competitions.

Serie A – Italy’s top flight – had already said all games would be played behind closed doors until 3 April.

Conte extended a series of strict quarantine measures, including a ban on public gatherings, to all of Italy.

Zambia: Many students are without E-learning facilities amid Covid-19

Earlier, Italy’s Olympic committee (CONI) recommended the move to suspend all sport at all levels after hosting a special meeting of sporting federations on Monday.

Italy has been the European country worst hit by coronavirus so far, with over 7,000 confirmed cases and more than 450 deaths.

“This situation has no precedent in history,” a CONI statement said.

The announcement from CONI came just after Sassuolo v Brescia kicked off in Serie A. The game carried on and Sassuolo won 3-0.

It was also confirmed on Monday that Serie A side Roma’s Europa League tie at Sevilla on Thursday will be played behind closed doors.

In rugby union, England’s men’s and women’s Six Nations matches against Italy, which were scheduled to take place on 14 March and 15 March respectively, were postponed last week.

At the weekend, Italy’s sports minister Vincenzo Spadafora accused Serie A of being “irresponsible” for ignoring his calls for football to be suspended because of the outbreak.

He said it made “no sense” for football to continue when, at that stage, up to 16 million people had been placed in quarantine in northern Italy in a bid to contain the spread of the virus – but the weekend’s games all took place behind closed doors.

Parma’s fixture against SPAL on Sunday kicked off 75 minutes late as they awaited a decision on whether the match would go ahead after Spadafora’s comments.

There have been reports on Monday that the French sports ministry had decided matches in Ligue 1 – the country’s top-flight football competition – should be played behind closed doors or in front of no more than 1,000 spectators as a measure to limit the spread of the virus.

Paris St-Germain’s Champions League last-16 match against Borussia Dortmund on Wednesday will be played without fans because of coronavirus.