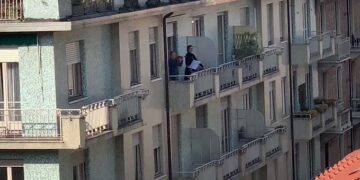 [Watch]: Italians sing from their windows to deal with impact of COVID-19

[Watch]: Italians sing from their windows to deal with impact of COVID-19 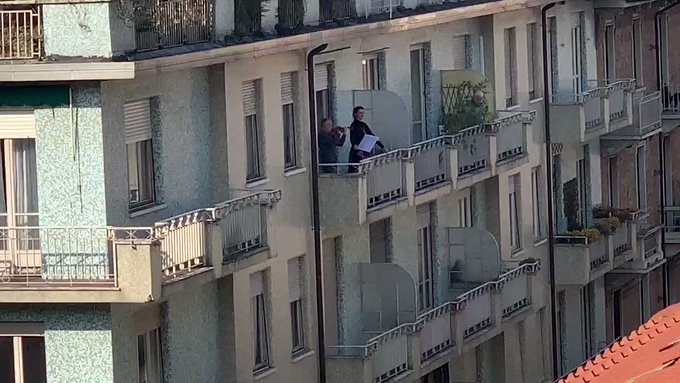 All of Italy was placed under lock down this week to deal with the spread of the deadly coronavirus.

That sent many into self isolation, with many streets emptied after a ban was placed on public gatherings.

According to the Prime Minister Giuseppe Conte people would only be permitted to travel for work or family emergencies.

Italy’s coronavirus death toll is over 500 and is the the worst-hit country after China.

Already Chinese health officials have arrived in Italy to support in containing the virus.

But Italians remain resolute with high hopes of winning the battle as they resort to singing to boost their morale.

Many of them have been singing from their windows from their flats to each other to keep up the spirit.

On social media there are videos circulating about this morale boosting act from Italians.

Cases of the virus have been confirmed in all 20 Italian regions.

In his televised address on Monday, Mr Conte said “We all must give something up for the good of Italy.

We have to do it now, and we’ll only be able if we all collaborate and adapt to these more stringent measures.

“This is why I decided to adopt even more strong and severe measures to contain the advance… and protect the health of all citizens.”

All sporting events, including football matches have also being suspended nationwide in Italy.

Bill Gates leaves Microsoft board to focus on philanthropy