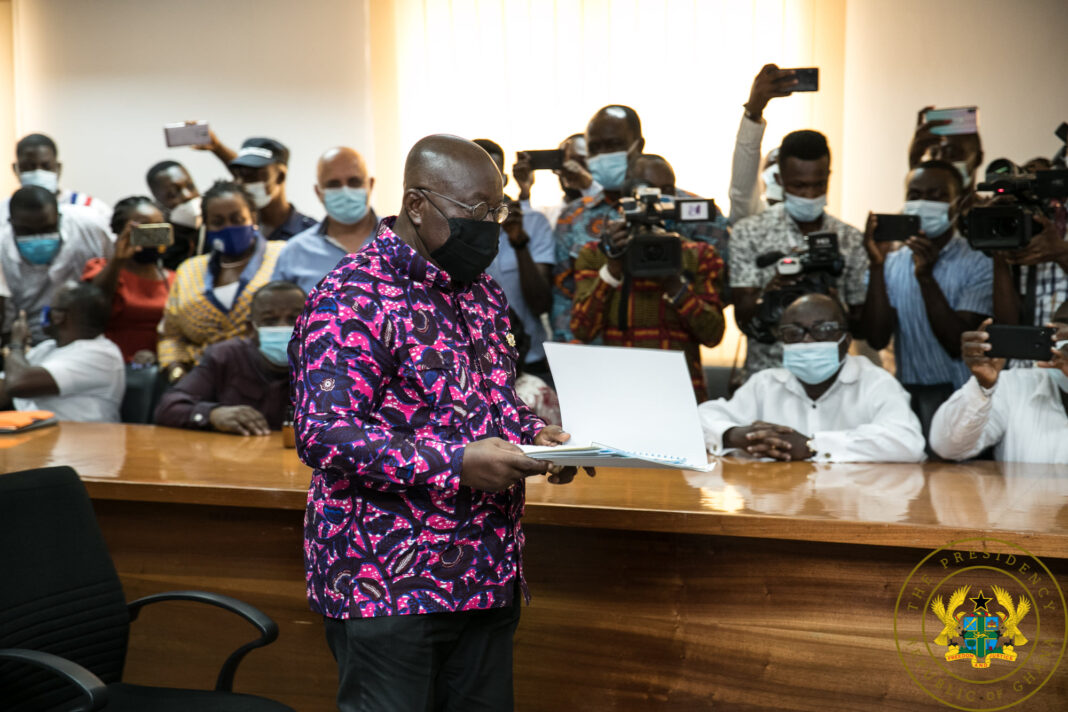 He is leading the ruling New Patriotic Party as its presidential candidate for the fourth time in the December elections.

President Akufo Addo asked the EC to remain an impartial referee of the process for the will of the people to prevail.

“The Ghanaian people expect that the election in December will be conducted in peace, freedom, security, and transparency so that the results will reflect the will of the people,” the president told the EC while submitting his nomination form.

More than fifteen persons, including independent candidates have indicated their interest in contesting the 2020 presidential election in the West African country.

The EC has up to Friday to receive all nomination forms from presidential and parliamentary aspirants contesting the elections.

The process has been revised to minimize the number of party supporters who troop to the EC’s offices as a result of the COVID-19 pandemic.