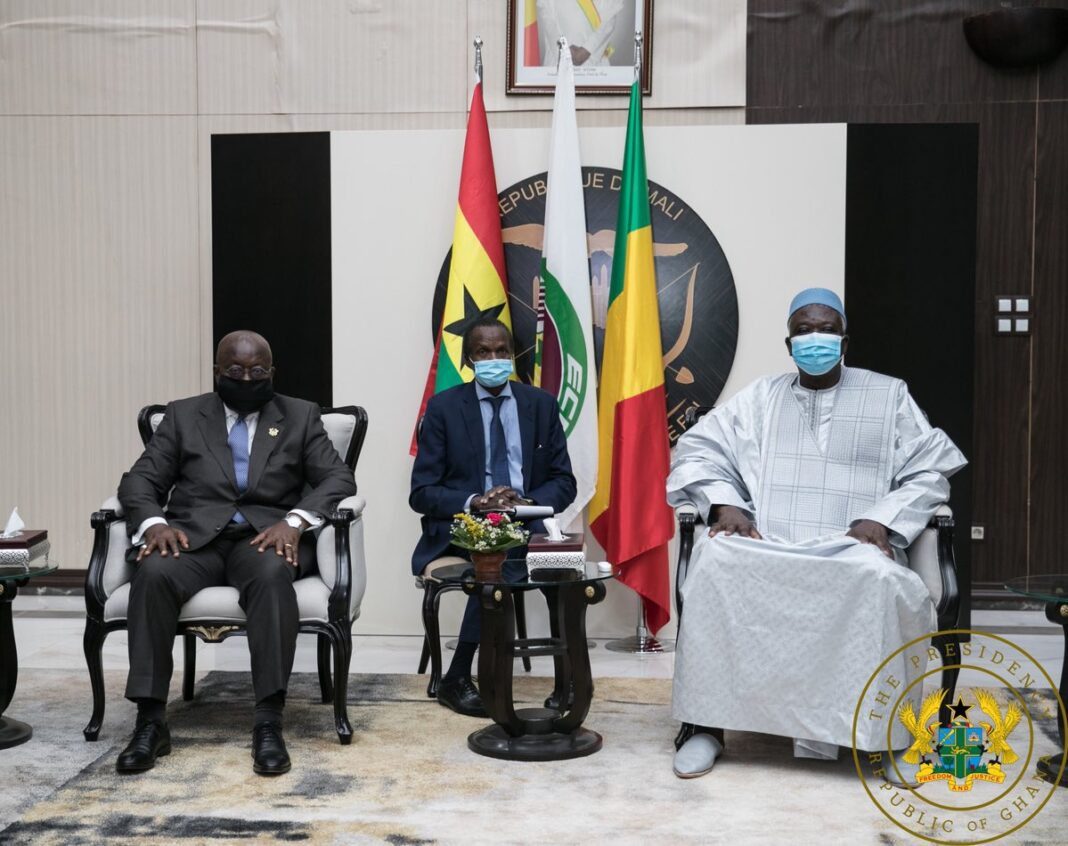 Leaders of the Economic Community of West African States (ECOWAS) have expressed happiness about the transition progress in Mali.

Ecowas this month announced the lifting of sanctions imposed on Mali after soldiers toppled the government of ex-President Ibrahim Boubacar Keita.

The sanctions on Mali included border closures and the suspension of financial flows, though these were eased so they did not hit ordinary civilians.

Mediation efforts were rolled out urging the soldiers to handover to a civilian led transitional government.

The interim government is now expected to oversee the 18-month transition period towards a return to civilian rule.

The President of Ghana, Nana Akufo-Addo who is the chair of Ecowas arrived in Bamako on Sunday to assess the progress made by the transition.

President @NAkufoAddo paid a day’s working visit to Bamako, Mali today to familiarize himself with the transition process. He assured the President of Mali of the support of ECOWAS towards the progress and development of Mali. pic.twitter.com/efcwWX9Mab

The ECOWAS Commission Chief, Jean-Claude Kassi Brou, said in a speech that “The president of the ECOWAS conference took note of the progress made towards implementing the decisions of the conference of heads of state and government since 18 August 2020.”

He added that the Ecowas President urges “the transitional authorities to finalise the timetable of the electoral process in order to reach the presidential and parliamentary elections within the indicated timeframe.”

The #ECOWAS Mediation Team returned to Bamako today to support the visit of President @NAkufoAddo, Chair of the Auth of ECOWAS Heads of State & Govt to Mali.
We are delighted that the newly constituted Government of President Bah N’daw is making progress.
– GEJ pic.twitter.com/qCASrRLaNe

The regional bloc is hoping other international bodies will also support Mali as it continues to work towards holding elections.