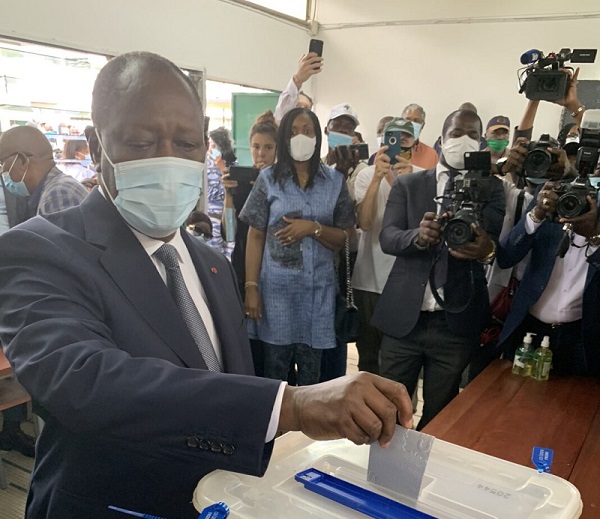 Ivorians are voting in a controversial presidential election which has been boycotted by the opposition.

They have also asked their supporters to disrupt the electoral process which they claim amounts to electoral coup.

Laurent Gbagbo and a former prime minister, Guillaume Soro have all been barred from contesting in the election.

In Gbagbo’s first public comments since he was toppled in 2011 he said “What awaits us is disaster. This is why I am speaking out.

People should know that I am against heading for disaster with our hands tied. We have to talk.”

He told French channel TV5 Monde in an interview broadcast on Thursday that “I understand (the anger)” of the opposition “and I share it.”

Most of the anger ahead of the election has been over President Ouattara’s decision to seek a third term in office.

That decision has sparked protests and agitations with his critics saying the third term bid is illegal.