How Can You Tell A Left And Right-handed Golf Club? 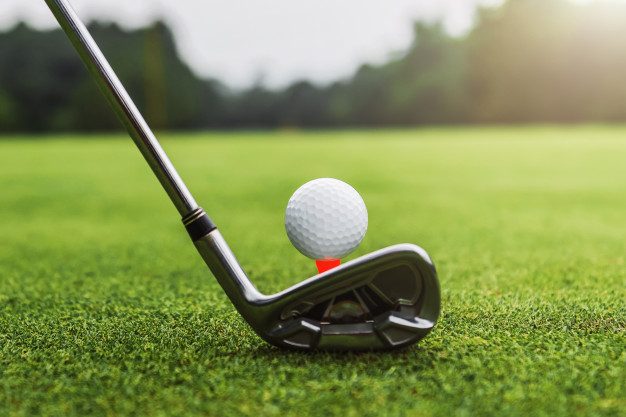 The game of golf is unique in many ways. One of them is how golfers swing a club. To hit the golf ball, a player can stand on the left or the right side of the ball, depending on the situation.

That means a clubhead has to be constructed to suit both right and left-handed players. Unlike tennis or croquet, if a left-handed golfer wants to swing the club from his usual standing, he will have to hit the golf ball with the wrong side of the clubface.

As far as assumptions go, you would assume southpaws to favor playing with the left hand in golf, but that’s not always the case. Typically, factors like the dominant eye and eye-to-hand coordination play a big role in deciding how a player will choose to swing the club.

In short, to play golf proficiently, you have to be aware of how to distinguish between a left and a right-handed golf club and use it to your advantage.

The Difference Between Right and Left-Handed Golf Clubs

If you’ve stumbled upon this article while searching for pointers to tell right-handed and left-handed golf clubs apart, then you’re in luck. Read the following points carefully to understand how the orientation of gold clubs works:

If you happen to be a golf aficionado – then you’re likely aware of the different types of golf clubs and their constituent parts. Putters are somewhat exceptional to the right and left-handed orientation debate. That’s mostly because putter shafts are bent, and therefore have to be designed to either be right-handed or left-handed.

Conversely, all other golf clubs have no distinct difference in constructional orientation, except when it comes to the club head. In truth, no other component of a golf club (except for putters), be it shafts or grips, is specifically designed to fit a right or left-handed golf club. So, the club head of a right-sided golf club can be attached to the shaft of a left-handed one, and no one would know the difference.

If you’re trying to decide which golf club orientation suits you better, the first thing you need to do is get yourself to the gold course and try out both types of clubs.

Nothing will help you decide better than your own preference, but you can try out the following trick to reassure yourself. For instance, start by trying to figure your drive leg – the leg you naturally favor for balance.

You can achieve this by standing in an upright position, with your legs placed close to each other, and then ask a friend to give you a slight push from the back. The leg that you use first to gain your balance will tell you are right or left-handed.

If your right leg is the one you rely on, then you’re a leftie and vice versa. Figuring out your orientation this way will also improve your game, and then you can actively make decisions in golf while knowing how to best utilize your drive leg.

The way to improve in golf is similar to how you get better at decision making in life – practice. The only thing you should remember is that you are your worst opponent in golf. The game is designed to test your skill, technique, and patience.

Once you’ve figured out what your natural preference is concerning right or left-handed golf clubs, you should only focus on improving your overall performance in the game.

The 2020/2021 Champions League is heading towards the fifth round, and six teams have already guaranteed, but three of those teams have won all...
Read more
Sports

Essential things to do before playing Bingo

If you are new to bingo or you have taken an extended period away from the game, you may be surprised to find how...
Read more
- Advertisement -

Terrorism could persist in Nigeria for 20 years, army chief says

The Chief of Army Staff of Nigeria, Lt Gen Tukur Yusuf Buratai, has said that "there is likelihood of terrorism persisting in Nigeria...
Read more
- Advertisement -
Africa Feeds

The death toll from the rice farm massacre in north-eastern Nigeria has risen to 110. Earlier military reports suggested that 43 slaughtered bodies of the workers...
Read more
East Africa

Ethiopia ends military operation in Tigray after capture of capital

Ethiopian Prime Minister Abiy Ahmed has said that federal forces have ended military operations in the Tigray region after the capture of the capital,...
Read more