Soldiers storm Ghana’s parliament amid chaos over election of speaker 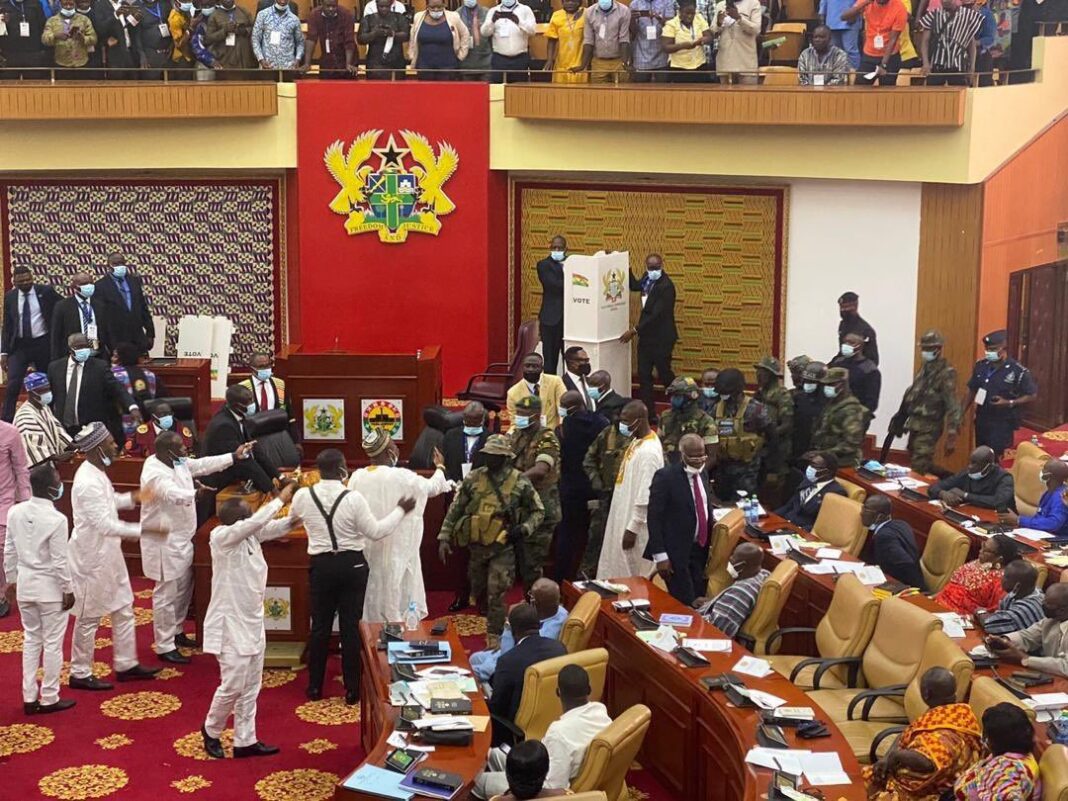 Soldiers stormed Ghana’s Parliament on Thursday morning during the process towards electing a new speaker for the lawmaking chamber.

The military officers had gone into the chamber to try and restore calm following chaos that characterized the voting process.

Elected MPs from the two leading political parties in the country, the National Democratic Congress and the New Patriotic Party had disagreements over the voting procedure.

While the opposition MPs, the NDC insisted that there should be secret ballot for the election of a new speaker, some members of the NPP were displaying their votes publicly.

The NDC protested by disrupting the entire process which delayed for hours before eventually taking place.

The selection of a Speaker for the 8th Parliament of Ghana was needed to make way for the swearing in of the president-elect, Nana Akufo-Addo.