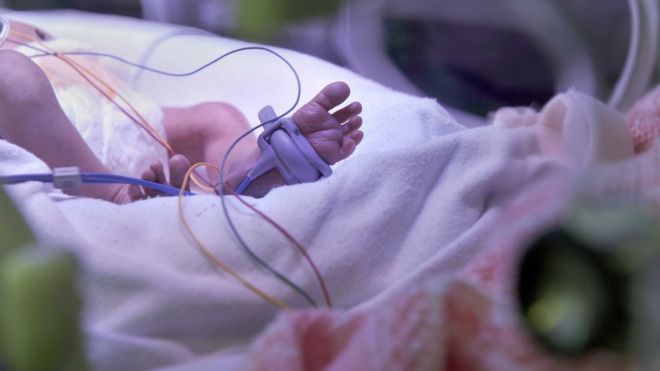 Six health care workers and five others have been arrested for baby harvesting and child trafficking in Ghana.

They were arrested in a joint operation by the country’s Economic and Organized Crime Office (EOCO) and the Medical and Dental Council.

A team of experts from the two institutions commenced investigations into allegations of baby harvesting after a case of a missing baby was reported at the Konfo Anokye Teaching hospital in 2014.

Executive Director of EOCO COP Frank Adu-Poku (RTD) told a news conference in Accra that the first suspect Dr. Hope Mensah Quarshie who works with the 37 Military Hospital was arrested at a private clinic.

He was arrested with three other nurses for selling a baby for 30,000 Cedis which is an equivalent of 5,100 Dollars.

COP Adu-Poku (RTD) said two social welfare officers, and traditional birth attendant and another medical practitioner have also been arrested in connection with investigations into the cases of baby harvesting.

Some families have blamed hospital officials for cases of missing babies at various health facilities.

In 2014, Ghana’s health minister gave hospital in the city of Kumasi 14 days to produce the bodies of five babies that were allegedly stillborn.

Seven people were charged with stealing and conspiracy to steal a baby from the Komfo Anokye Teaching Hospital earlier in February.