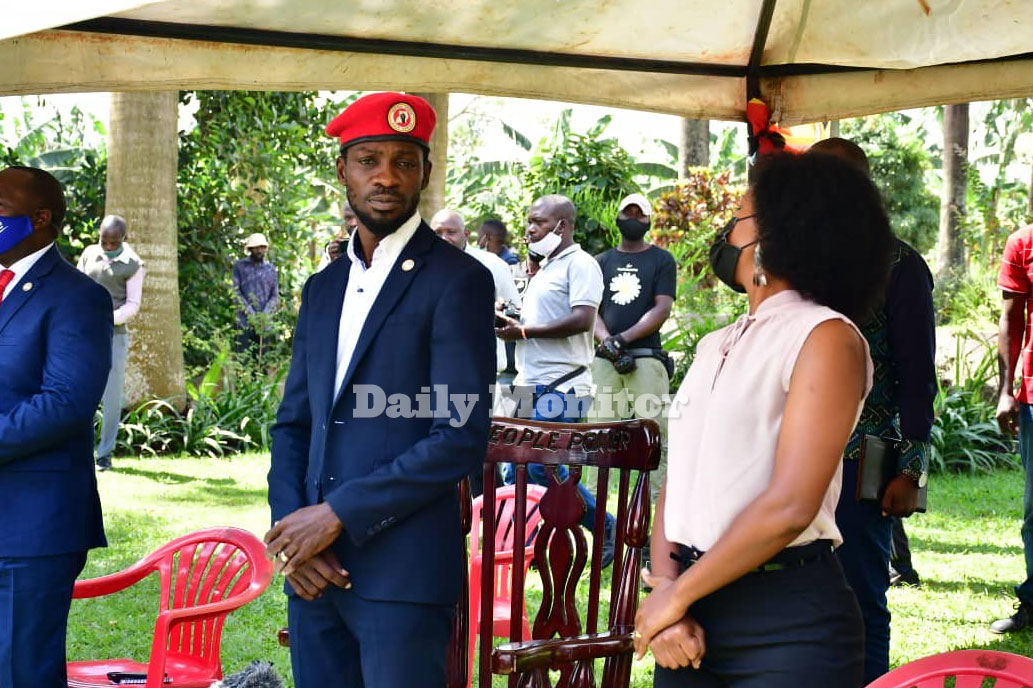 They had earlier remained at his home despite a court order for them to leave.

The security officers have been stationed at Bobi Wine’s home in Magere village, Wakiso District since January 14 when he went out to vote in the just ended presidential election.

A High Court on Monday ordered Ugandan police and army officers to vacate the premises of the musician turned politician.

According to the court the continued detention of the opposition politician, is unlawful and unconstitutional.

Police Spokesman Fred Enanga has said they would abide by the court orders and vacate Wine’s home.

But on Monday evening, Wine told Daily Monitor by telephone that his home was still under heavy deployment, hours after the court ordered security forces to leave.

“The situation at my place is still the same and police have not left. We know they are still waiting for the order from ‘above’ as they have always waited for Museveni to tell them [what to do],” he is quoted as saying.

The High Court ruled this morning that my continued house arrest (11 days now) is illegal & unconstitutional. Several hours later, the military still surrounds my home, blocking access to all! Perhaps (as always) waiting for Gen. Museveni’s orders on the next course of action.

But on Tuesday, the soldiers were seen leaving the home of the politician who had the chance to come out to address the media.

UPDATE: Former presidential candidate @HEBobiwine, addressed the media today, for the first time since January 14, 2021 when his home was sieged by security. Court yesterday ordered security to vacate the premises.#MonitorUpdates
📸: @abubakerlubowa pic.twitter.com/x16vzJRIQH