Boat disaster kills over 60 in Democratic Republic of Congo 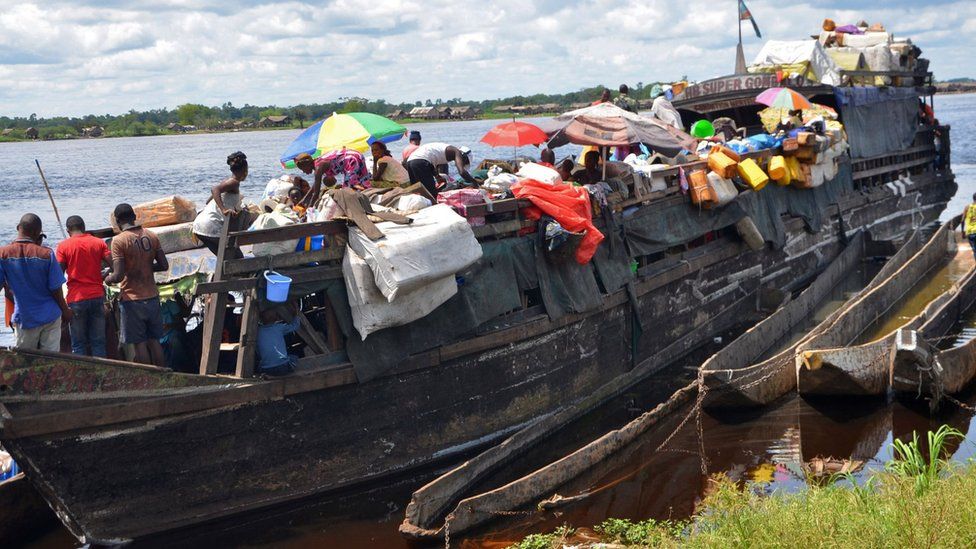 More than 60 people have drowned after a boat capsized in the Democratic Republic of Congo.

Some 300 people have been rescued but as many as 200 others are unaccounted for following the accident on the Congo River.

Reports say the boat hit a rock east of the capital, Kinshasa, while travelling at night, which is prohibited.

“These are the reasons that caused this wreck with over 60 dead. We have managed to rescue 300 survivors while search and rescue operations are on-going,” he added.

The boat was headed for Mbandaka, the capital of DR Congo’s Equateur province, around 700 kilometres (435 miles) from Kinshasa.

Boat accidents are common in DR Congo mainly due to overcrowding.

In April, at least 167 people died in two boat accidents on Lake Kivu.

President Félix Tshisekedi has since made it mandatory for passengers to wear live jackets.