The protests in Senegal are not just about a rape charge 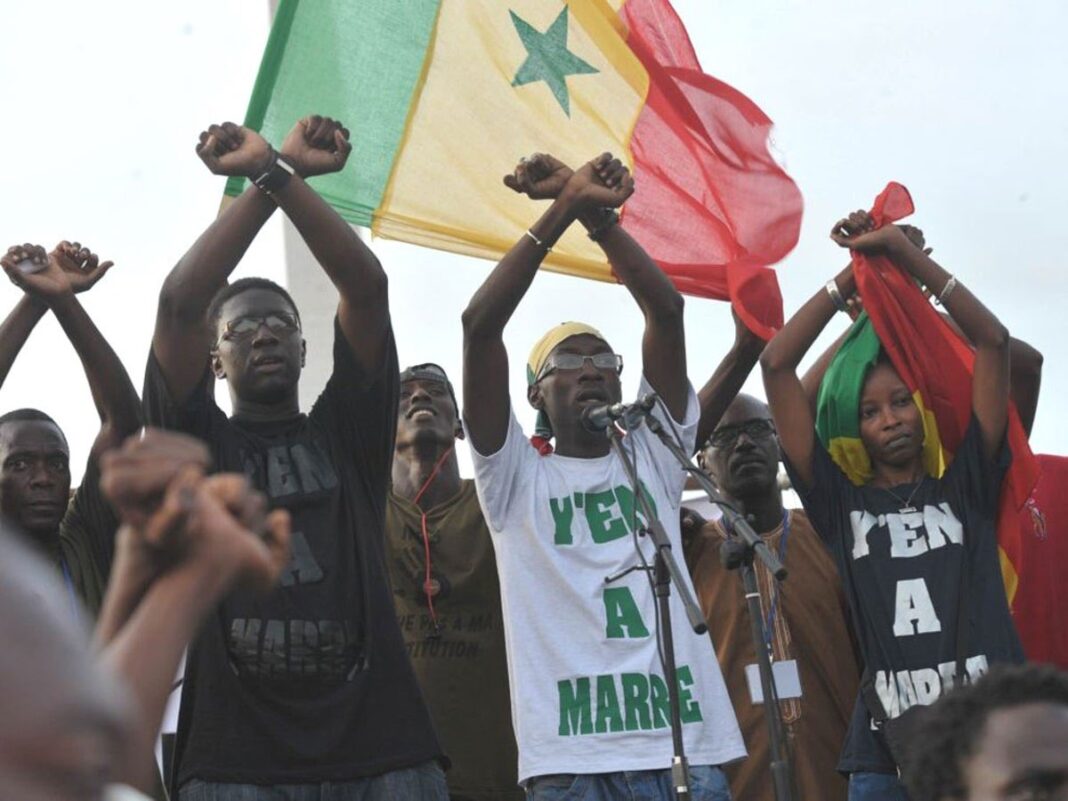 The protests taking place across Senegal were initially reported to have been sparked by the arrest of an opposition leader but there seems to be more to it.

At least four people have been killed amid the protests that started last week when opposition leader Ousmane Sonko was arrested.

Sonko appeared in court on Friday on rape charges and was remanded into custody, but the opposition leader’s arrest is not the major motivation for many protesters.

On Saturday the country’s opposition called for fresh protests from Monday.

Officials of the Movement for the Defence of Democracy want Senegalese people to “massively descend on the streets”.

Already protesters have torched cars and shops in an expression of anger, an event that is fast turning into Senegal’s worst unrest in recent years.

Sonko placed third in the 2019 presidential elections and is considered a strong contender for the scheduled 2024 vote.

He has described the case against him as politically motivated and an attempt by President Macky Sall’s allies to prevent him from running in the next election.

Many of the protesters who are young support him and want more reforms beyond his release from custody.

They have taken to social media with a trending hashtag #FreeSenegal as they push for an end to what they say is bad governance, lack of democracy, corruption & nepotism.

Some have also called for economic reforms, provision of quality health care among others.

Protesters are fast coming from all parts of the country and various groups of individuals including women, young and older people.

The women of Casamance who have come together to protest against the oppressive government. Faced with the health & economic crises and limited individual freedoms senegalese ppl all over the country are showing their support to the movement#FreeSenegal pic.twitter.com/x6XEC528OS

#FreeSenegal It’s with a heavy heart I am writing these words. I have been away from Senegal for 6 months. I never expected to come back to this. To come back to citizens being killed in the streets! our democracy and freedom being violated for political agenda and personal gain.

“There is no flag large enough to cover the shame of killing innocent people.” ~ Howard Zinn #FreeSenegal ?? ✊? pic.twitter.com/KET53pcYKd

In some parts of the country, pregnant women are not able to give birth at the hospital because it’s too far and there is a lack of cars.They use carts and most of the time, babies and mothers lives are lost on the way
This is one of the things we fight for#FreeSenegal

We stand together with the Senegalese people in their struggle to end misrule and dictatorship. #FreeSenegal ?? pic.twitter.com/jHrcCTHOVT

President Macky Sall who has been president for nine years now has been criticized by many for not speaking out about the protests and the deaths recorded so far.

There are concerns among some citizens that he wants to extend his current second term stay in power by seven years instead of mandated five years.

He came to power on the back of protests, when his predecessor tried to tamper with the constitution. He is doing the exact thing now, 9 years later. Even when he has never ever been as popular as Wade was. Help #FreeSenegal from his grip. The people will serve him at the polls! https://t.co/YAalvHzcAN

The Community of West African States (ECOWAS), of which Senegal is a member has called for calm and restraint from all parties.

ECOWAS has asked the government “to take the necessary measures to ease tensions and guarantee the freedom to demonstrate peacefully”.