Alarm in Ghana over rise in unsafe abortions 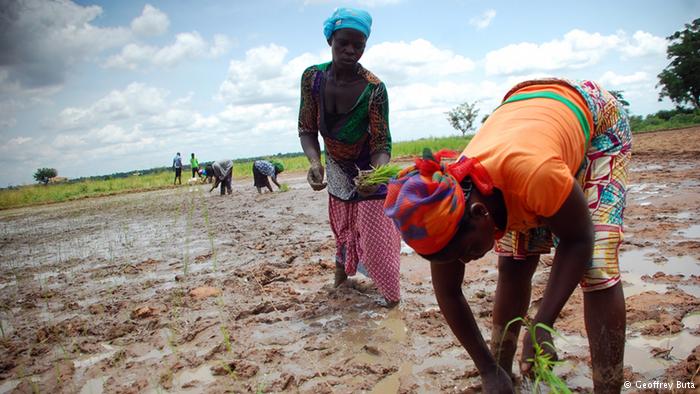 Unsafe abortions put women’s lives unnecessarily at risk. In Ghana, the high fatality rate is prompting calls for the easing of the abortion law so safe termination of pregnancy is within reach of all who desire it.

Ten years ago, at the age of 18, Adease got pregnant. The young Ghanaian wasn’t married and so her parents forced her to have an abortion. It was an ordeal, she told DW.

“I walk into a small room and there were people lying on the floor and I had to pass them and lie down on a metal bed with a pillow. I wake up and I am feeling very weak and I can’t really help myself. So the nurse took me out, my dad was there, and my dad took me home. We got home, I was bleeding all night. For a week, I was still bleeding,” she said.

Adease recovered but probably only because her father took her later to a proper medical facility.

Another Ghanaian woman, Diane, now aged 35, has undergone eleven separate abortions, all unsafe and all carried out by herself with only her boyfriend at her side.

“I didn’t have any medicine or anything, the only thing I go to buy is pain killers, until the last one I did – for that one I ended up in hospital,” she said.

Diane also knew someone who didn’t survive an unsafe abortion.

“I had one friend, she didn’t come back again, she died.”

A report by Ghana’s Adolescent Health and Development Program said that the number of unsafe abortions in 2009 was over 8,000. By 2010, the figure had climbed to more than 10,000 and the following year, it was as high as 16,000. More recent figures were not available.

Unintended pregnancies are generally not socially acceptable in Ghana and official health centers can be forbidding places for young pregnant women. They may feel less intimidated in a less formal environment – sometimes with tragic consequences.

Vincentia Mottey, who teaches at the Korle Bu Nursing and Midwifery Training College, admitted that medical facilities in Ghana have an image problem.

“A teenager or underage person who is not married, coming alone, feels there is a stigma attached to it, so we need to make the facility itself more friendly,” she said.

Abortion is legal in Ghana but there are restrictions. If the fetus is damaged, if the pregnancy is endangering a woman’s life or if it is the result of rape, then abortion is permitted under Ghanaian law. But most pregnant women wanting abortions don’t fall into one of those three categories.

Abortion is legal in Ghana but there are restrictions. If the fetus is damaged, if the pregnancy is endangering a woman’s life or if it is the result of rape, then abortion is permitted under Ghanaian law. But most pregnant women wanting abortions don’t fall into one of those three categories.

The Marie Stopes medical charity with its slogan “children by choice, not by chance” is well known for its efforts to promote family planning in Ghana. It also carries out safe abortions.

“Unsafe abortion is the second most common cause of maternal mortality,” he told DW.

But policy makers may feel they have to tread cautiously because of faith-based opposition to liberalizing abortion.

According to figures released by the World Health Organization in July 2015, an estimated 22 million unsafe abortions are estimated to take place worldwide each year, almost all in low- and middle-income countries.

In new guidelines on health care, the WHO noted “the unwillingness of some health care professionals to provide safe abortion and post-abortion care.”