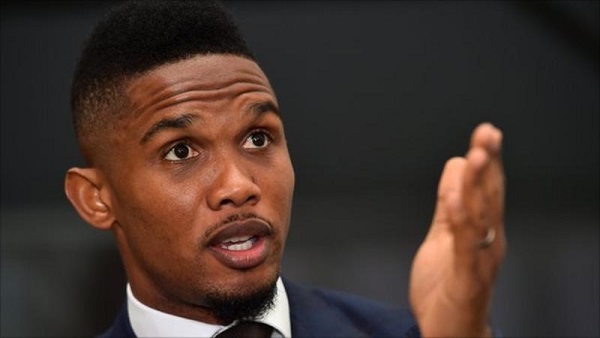 Spanish prosecutors are seeking a prison term of more than 10 years for former Barcelona striker Samuel Eto’o for alleged tax crimes committed when he played for the Catalan club.

In addition to a sentence of 10 years and six months, prosecutors are also demanding a fine of $15.1 million for the four counts of tax fraud for supposedly defrauding Spain’s tax authority of almost $4 million from 2006-09, according to court documents released Thursday.

Prosecutors are seeking the same punishment for the player’s representative at the time, Jose Maria Mesalles Mata.

The administrator of a company that facilitated the deals, Manuel de Jesus Lastre Abreu, is facing more than six years in prison and a fine of $2.3 million.

Eto’o and his lawyers could not be immediately contacted for comment, but in the past the player denied wrongdoing, saying he was not directly involved in his tax matters.

Eto’o is among other current and past Barcelona players facing legal problems in Spain.

In July, Lionel Messi and his father were sentenced to 21 months in prison for tax fraud, although they were not sent to jail because sentences of less than two years for first offences are usually suspended in Spain.

Neymar and Barcelona are dealing with the Spanish authorities because of the player’s transfer from Brazilian club Santos in 2013.

Prosecutors on Wednesday announced that they are seeking to punish the Brazilian player and his club, as well as his parents, his Brazilian club and its former president because of an investment group’s claim that they concealed the value of the star’s transfer fee.

In June, Barcelona paid a fine of $5.8 million after acknowledging to Spain’s tax authority it made “an error in the fiscal planning of the player’s transfer.”

The Cameroon striker is currently playing with Turkish club Antalyaspor.