Germany is sued in U.S. over early-1900s Namibia slaughter 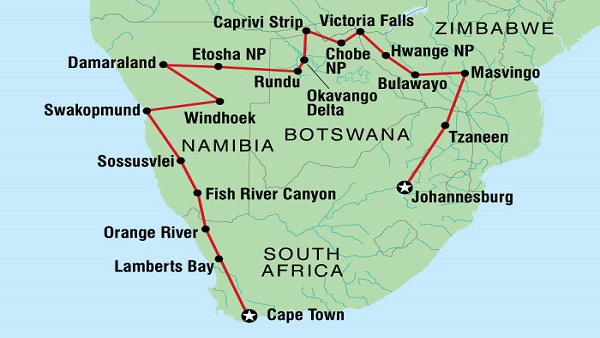 Germany was sued for damages in the United States on Thursday by descendants of the Herero and Nama people of Namibia, for what they called a genocide campaign by German colonial troops in the early 1900s that led to more than 100,000 deaths.

According to a complaint filed with the U.S. District Court in Manhattan, Germany has excluded the plaintiffs from talks with Namibia regarding what occurred, and has publicly said any settlement will not include reparations to victims, even if compensation is awarded to Namibia itself.

“There is no assurance that any of the proposed foreign aid by Germany will actually reach or assist the minority indigenous communities that were directly harmed,” the plaintiffs’ lawyer Ken McCallion said in an email. “There can be no negotiations or settlement about them that is made without them.”

The proposed class-action lawsuit seeks unspecified sums for thousands of descendants of the victims, for the “incalculable damages” that were caused.

U.S. representatives of the German government did not immediately respond to requests for comment.

The slaughter took place from roughly 1904 to 1908, when Namibia was a German colony known as South-West Africa, after the Herero and Nama groups rebelled against German rule.

According to many published reports, victims were also subjected to harsh conditions in concentration camps, and some had their skulls sent to Germany for scientific experiments.

Some historians view what occurred as the 20th century’s first genocide, and a 1985 United Nations report said the “massacre” of Hereros qualified as a genocide.

Germany has paid victims of the Holocaust, which occurred during World War Two.

The plaintiffs on Thursday sued under the Alien Tort Statute, a 1789 U.S. law often invoked in human rights cases.

The U.S. Supreme Court narrowed the law’s reach in a 2013 decision, Kiobel v. Royal Dutch Petroleum Co, saying it was presumed not to cover foreign conduct unless the claims sufficiently “touch and concern” the United States.