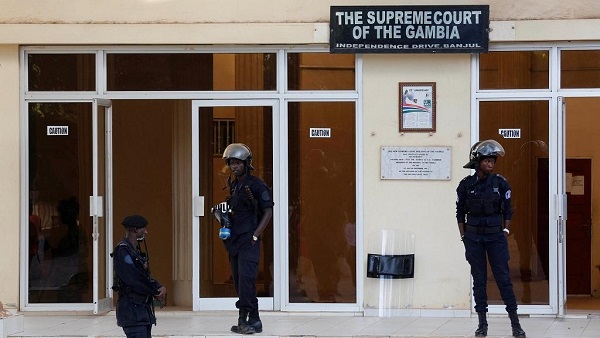 It appears options available to Gambia’s president Yahya Jammeh to hold onto power are diminishing fast as the expiration of his tenure approaches.

The country’s Supreme Court has declined to rule on Mr. Jammeh’s petition challenging the results of last year’s election which he lost.

The Reuters news agency quoted the top judge in the country who is also the Chief Justice, Emmanuel Fagbenle saying on Monday that “It is crystal clear that the justices from Nigeria and Sierra Leone are not coming”.

This means that the court would be adjourned until the judges arrive in Gambia. There are indications the failure of the judges to arrive is because of the current political crisis deepened by Mr. Jammeh’s refusal to step down on January 19.

On Monday the Court also refused to rule on a petition seeking to prevent Mr. Adama Barrow, the declared winner of last year’s elections from being inaugurated as president on Thursday. Mr. Barrow is seeking refuge in Senegal due to security reasons.

The lawyer of Mr. Jammeh’s APRC political party, Edward Gomez is reported by Reuters to have said that “In the interest of justice, the petition must be heard and determined before the inauguration can take place”.

But Mr. Gomez’s wishes will not be met due to the current challenges with the court’s composition.