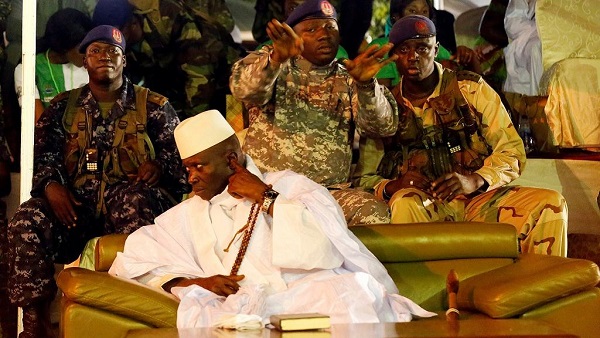 The embattled president of the Gambia, Yahya Jammeh is losing more of his allies as the end of his tenure approaches.

Three more government ministers on Monday resigned from his government as the political crisis in the country remains unresolved.

Mr. Jammeh has refused to step down and his mandate will expire on Thursday. His rival Adama Barrow who won last year’s elections has promised his supporters that he will be sworn in as president on Thursday although he is currently seeking refuge in Senegal for security reasons.

The West African regional bloc ECOWAS and the African Union have all asked Mr. Jammeh to step down. They have warned of dire consequences if he does not give up power peacefully.

Mr. Jammeh’s attempt to get the Supreme Court to rule to stop Mr. Barrow’s inauguration on Monday failed after the Chief Justice of the country refrained from ruling on the motion filed by the president’s political party.