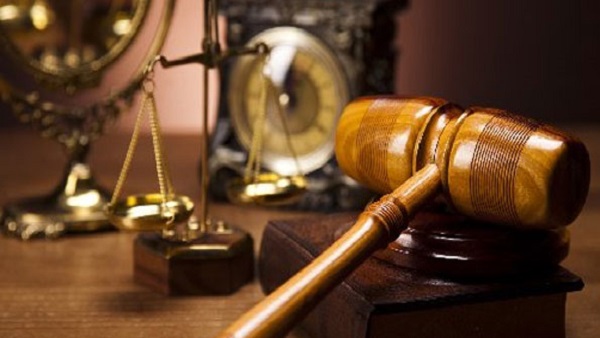 A Kenyan court on Monday declared unconstitutional a section of the Penal Code that criminalised some aspects of libel and defamation, terming it an affront to freedom of expression as guaranteed by the Constitution.

High Court Judge John Mativo found that Section 194 of the Penal Code was archaic as it prescribed heavy criminal sanctions for the civil offences of libel and defamation, while suppressing freedom of expression.

Under Section 194 of the Penal Code, any person who, by print, writing, painting or effigy, or by any means otherwise than solely by gestures, spoken words or other sounds, unlawfully publishes any defamatory matter concerning another person, with intent to defame that other person, is guilty of the misdemeanour termed libel.

The misdemeanour carried with it a maximum jail term of two years for anyone found guilty of criminal libel or defamation.

Justice Mativo ruled that anyone offended by another individual’s words or gestures is free to seek justice by way of damages in the civil court.

The judge’s decision offers some comfort for journalists and bloggers who have in the past been arrested over stories deemed to be offensive, especially to powerful individuals in government.

“The chilling effect of criminalising defamation is further exacerbated by the maximum punishment of two years imprisonment imposable for any contravention of Section 194 of the Penal Code. This penalty in my view is clearly excessive and disproportionate for the purpose of suppressing objectionable statements,” the court ruled, adding that there exists an appropriate and satisfactory alternative civil remedy to combat mischief of defamation.

“Considering the offence criminal defamation and the drastic punishment prescribed for it and applying tests discussed earlier, I find and hereby declare that it cannot be reasonably justifiable in a democratic society as it offends the freedom of expression,” Justice Mativo ruled.

The suit was filed by Jacqueline Okuta and Jackson Njeru who were charged with criminal defamation for publishing a Facebook post on lawyer Cecil Miller in March 2014.

Mr Miller’s complaint to the police saw Ms Okuta and Mr Njeru arrested and charged with the offence before they moved to court to challenge the law.

The two challenged Section 194’s constitutionality in prescribing criminal sanctions for a civil disagreement in a suit filed against Attorney-General Githu Muigai and Director of Public Prosecutions Keriako Tobiko.

Prof Muigai urged Justice Mativo not to do away with the disputed law, arguing that the suit was an abuse of the court process and that the plaintiffs lacked any merit.

The now repealed section of the Penal Code has in the past been used against journalists and bloggers, making its repeal a source of comfort to the larger media fraternity.

A journalist from The Star newspaper —Kurgat Marindany— was in 2015 charged in a Kajiado court with the same offence before he also sued to have the disputed section declared unconstitutional.

Kamau Ngotho, then a reporter with the Standard newspaper in 2005 became the first person to be charged with criminal libel following publication of a story he wrote criticising the government on corruption matters.

Justice Mativo’s decision comes one year after Zimbabwe’s courts made a similar declaration.

The Zimbabwe Constitutional Court in February last year held that criminal libel laws were in contrast with the country’s Constitution, following a suit filed by two journalists —Nevanji Madanhire and Nqaba Matshazi— challenging their prosecution over the same.

Justice Mativo held that Section 194 of the Penal Code risks denying the general public information, which is not a right that can be taken lightly.

He held that retaining the disputed section would have the effect of stifling the citizenry’s access to information, which may leave them uninformed on matters of public significance.

“There is no doubt that the freedom of expression coupled with the right to receive and impart information is a core value of any democratic society deserving the utmost legal protection. It is to be borne in mind that defamation of an individual by another is a civil wrong or tort for which common law is a remedy for damages,” the judge ruled.

Tanzania's President John Magufuli has been endorsed by his ruling party as the candidate for upcoming presidential polls. Magufuli was endorsed at a National Congress...
Read more
News

Ghana's chief justice, Kwasi Anin-Yeboah has gone into self-isolation in compliance with Covid-19 protocols. According to a circular to high court judges, the chief justice...
Read more
- Advertisement -