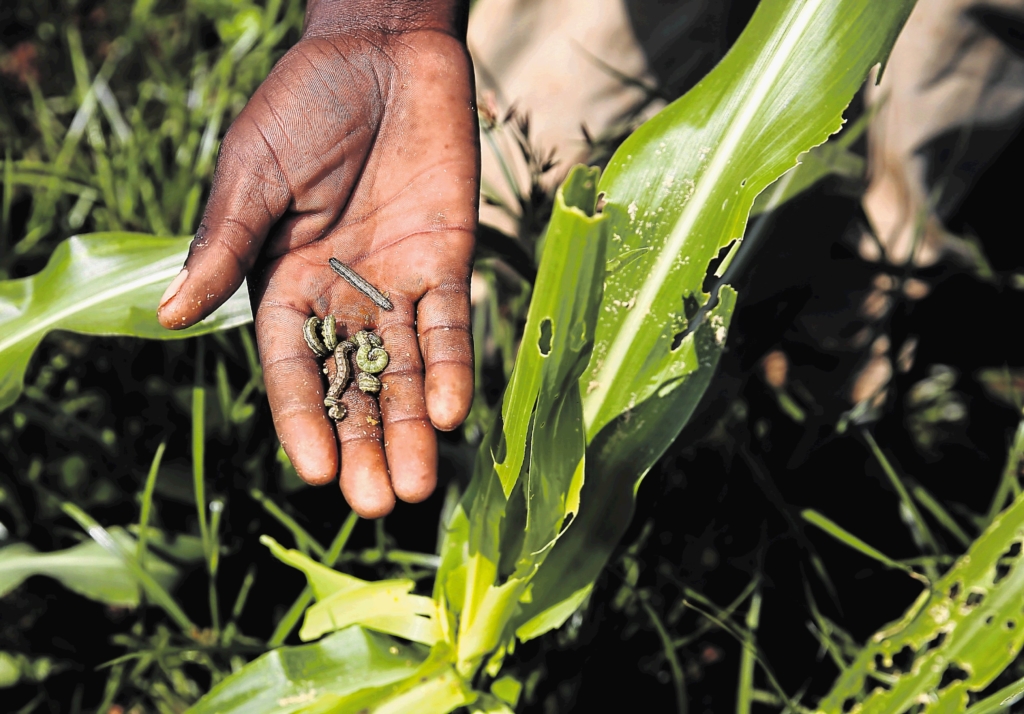 Three World Food Prize laureates are demanding immediate action to address the invasion of armyworms which has caused destruction to crops on the African continent.

The fall armyworm is a species the order of Lepidoptera and is regarded as a pest that can damage and destroy a wide variety of crops, causing large economic damage. Twenty eight countries in Africa have so far been affected in the invasion of the army worms.

“The armyworm is a clear and present danger,” said Akinwumi Adesina, who will be inducted as the 2017 World Food Prize winner on October 19 in Des Moines, Iowa. “Doing nothing is not an option. What we need are urgent actions to support Africa, to rapidly address this real threat to its food security.”

“Stopping the armyworm is the highest purpose to which we can dedicate this year’s Borlaug Dialogue,” said Pedro Sanchez, a soil scientist with the University of Florida’s Institute of Food and Agricultural Sciences and the 2002 World Food Prize laureate. “We hope to galvanize those with resources and expertise to rush to the aid of those in need.”

Robert Fraley, Executive Vice-President and Chief Technology Officer at Monsanto and the 2013 laureate, emphasized that a great deal is known about how to address the threat. In fact, the fall army worm has long been in North America, but scientists and producers have largely been successful in containing it.

“The good news is that this threat is eminently preventable. We have strategies to detect the insect early, to stop its spread, and to identify crop varieties most resistant to it,” Fraley said. “The world’s anti-hunger community needs to invest the resources to put those tools to use.”

Borlaug was a Nobel Peace Prize winner credited with using advances in agriculture to save a billion lives. He was born in Iowa and established the World Food Prize.