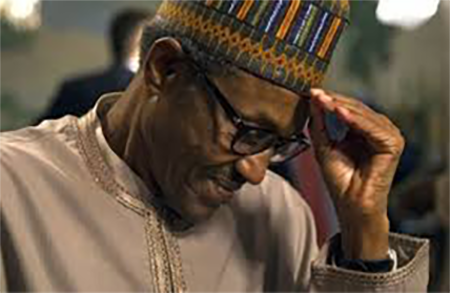 Nigeria’s ruling All Progressives Congress has split after some aggrieved members announced the formation of a new party.

The National Chairman of the new party is Alhaji Buba Galadima. He made the announcement at a news conference in Abuja, on Wednesday.

Galadima says the APC led by President Buhari has over the last three years demonstrated incompetence. He also says the party is promoting nepotism at the highest level of governance.

Galadima accused the Buhari-led administration of intolerance for any form of dissent.

“The APC has run a rudderless, inept and incompetent government that has failed to deliver good governance to the Nigerian people.

It has rather imposed dictatorship, impunity, abuse of power, complete abdication of constitutional and statutory responsibilities, infidelity to the rule of law and constitutionalism.

It has failed to ensure the security and welfare of our people and elevated nepotism to an unacceptable height,” Galadima said.

Buba Galadima who now leads the new splinter party was a former ally of President Buhari.

President Buhari announced that he is seeking re-election in 2019 despite criticisms about his performance.

The 75 year old leader is struggling to deal with his country’s economic crisis as millions remain jobless. He has also failed to contain ethnic clashes and the insurgency of militant group Boko Haram.

He told party supporters that he is “not in politics for fun, frivolity or to amass wealth. I have always been driven by a deep sense of commitment to make a difference in the lives of our people.”