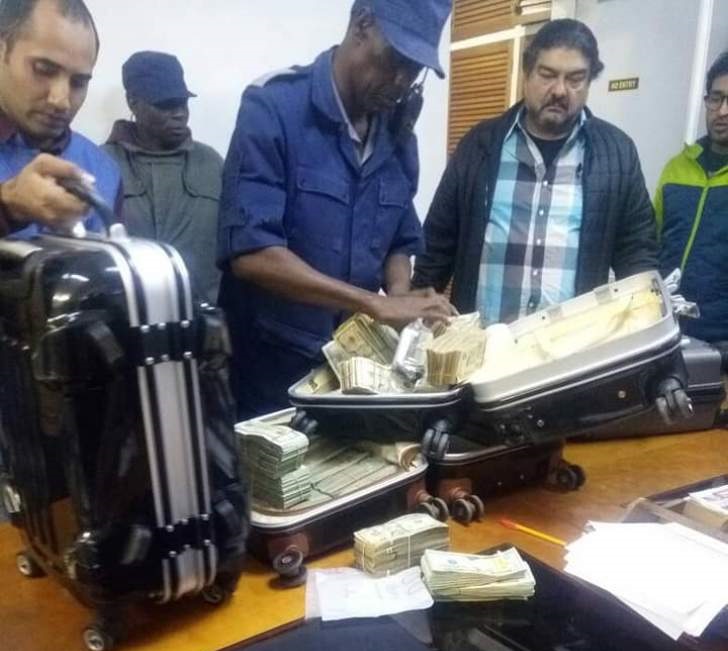 Zimbabwe police have arrested five persons for attempting to smuggle $4m and 98kg of gold out of the country.

The money and gold were stashed in suitcases, local media reports.

Chronicle newspaper reports that police apprehended the suspects upon tip off about their operation.

They were arrested at the leafy Harare suburb of Borrowdale.

Police have confiscated the cash and gold and have launched investigations into the incident.

Zimbabwe’s President, Emmerson Mnangagwa is making efforts to deal with corruption after taking over.

Mnangagwa during his swearing in as President last year issued an amnesty for state stolen funds to be returned.

Although the deadline expired in February this year, he extended the deadline to enable the state to recover more funds.

State-owned Herald newspaper reports that Mnangagwa revealed the latest recovery during discussions about fighting corruption at an African Union summit in Mauritania.

“Corruption networks are becoming more sophisticated, hence the need to enhance information sharing amongst member-states’ law enforcement agencies and related institutions on the continent and beyond,” Mr Mnagangwa is quoted as saying.

The 75-year-old leader says his government had set up an anti-corruption court and passed an ethics law to help fight corruption.

Zimbabwe which is still largely under foreign sanctions and is struggling to mobilize funds to fix its ailing economy.