Zimbabwe’s Mnangagwa sworn in as President 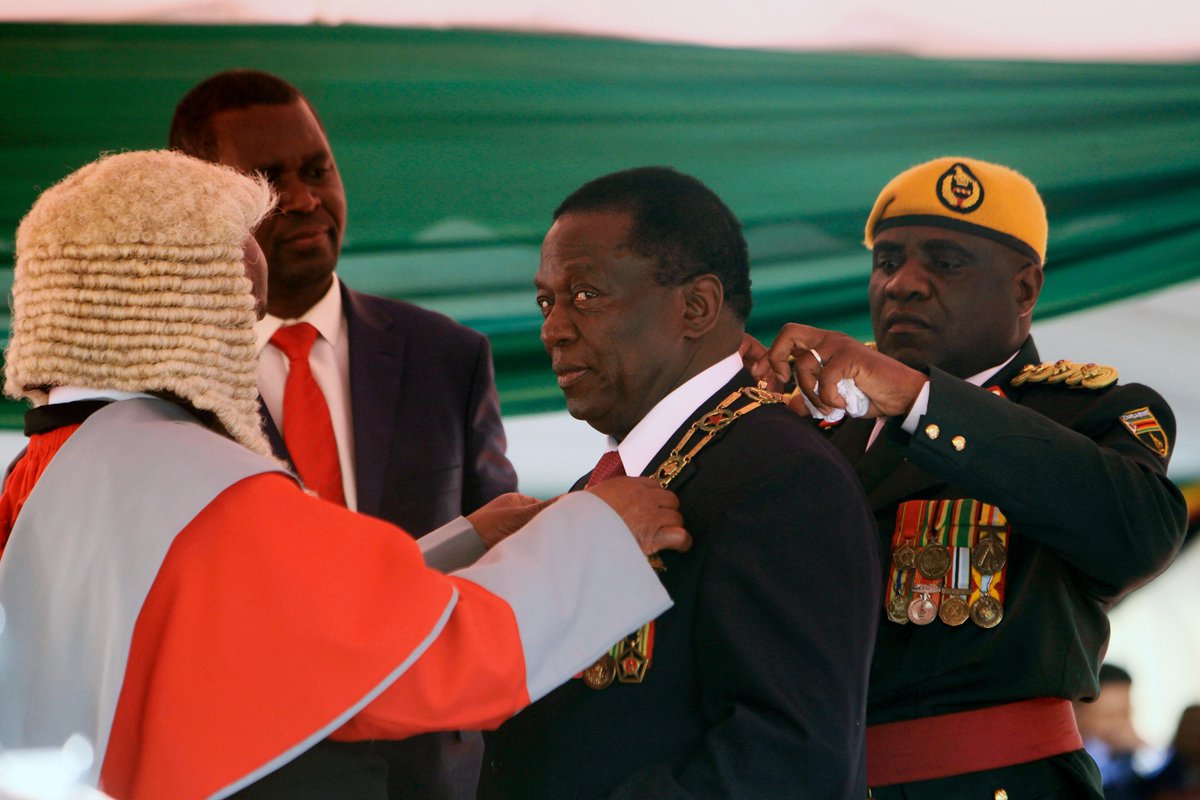 Emmerson Mnangagwa on Sunday was sworn in as Zimbabwe’s president after the country’s constitutional court confirmed his election victory. He will serve a five-year term.

Thousands of people gathered inside the national stadium in Harare to witness the swearing-in. Other African leaders also attended the event.

But the opposition MDC had alleged electoral fraud and rigging in favour of President Emmerson Mnangagwa.

The MDC’s leader, Chamisa filed a petition at the constitutional court but had that case rejected, upholding Mnangagwa’s election victory.

Mr. Chamisa rejected the judgement of the court saying “I respectfully disagree and reject the position that was arrived at by the constitutional court.”

The voting process during the election was peaceful but reaction to the election results erupted in chaos after opposition supporters embarked on a protest.

Six people were killed by soldiers who shot into them for protesting. Several arrests were also carried out.

Just before Mr Mnangagwa’s inauguration, the US International Republican Institute and National Democratic Institute said the country’s system failed to allow political parties to be treated equally and citizens to vote freely.

President Mnangagwa initially came into power after the exit of long-time leader, Robert Mugabe last year. He now has a major task to unite a divided country.