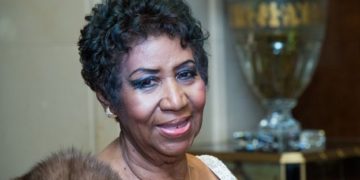 Thousands of Americans on Friday paid their last respect to the late Queen of Soul, Aretha Franklin who died on August 16.

She died at the age of 76. Franklin became the first woman inducted into the Rock and Roll Hall of Fame.

Her fans, relations, friends and thousands of Americans gathered for a memorial service in her memory in Detroit.

The legendary singer was diagnosed with cancer in 2010 and announced last year she was retiring from music.

‘Lean On Me’ singer Bill Withers dies at 81

3.3 million Americans are jobless due to the coronavirus

She gave her final performance last November at a gala in New York held in aid of the Elton John Aids Foundation.

Born in Memphis to a gospel singer/pianist and a celebrated Baptist preacher, Franklin was tutored from an early age by such gospel stars as Mahalia Jackson and Clara Ward.

Video: Mourinho says he is 'one of greatest managers in the world'