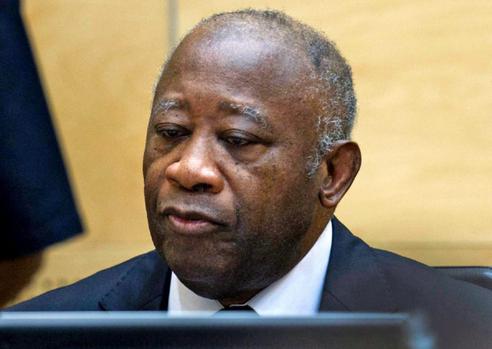 Gbagbo is serving a prison term for committing crimes against humanity. He has so far spent seven years in detention.

Ex-president of Ivory Coast, Laurent Gbagbo is seeking his freedom and wants to be acquitted of all crimes.

He is serving a prison term for committing crimes against humanity. Gbagbo has so far spent seven years in detention.

On Monday his lawyers asked the International Criminal Court to drop all charges against him.

Gbagbo’s lawyers say after years of putting the former leader on trial the prosecution has failed to prove its case.

AFP reports that Gbagbo’s lawyers are demanding a “full dismissal, an acquittal on all charges”.

Justin Koua, the youth chairman of a coalition of political parties is quoted by the AFP as saying that “We are confident that president Laurent Gbagbo will be acquitted, released and will be able to return to his country.”

Koua says “Mr Gbagbo is suffering an injustice”.  The ICC’s deputy prosecutor, James Stewart, told the trial panel that the enough evidence for the case to continue.

Stewart said “At this midway stage of the trial proceedings, is there evidence … upon which any trial chamber acting reasonably could find the accused guilty of the charges?” Stewart said. “We submit the answer to that question is: Yes.”

“The former Ivorian head of state is preparing to demand a dismissal even before the trial is completed and defence witnesses have been heard,” the statement added.

Mr. Gbagbo and his wife Simone, were arrested in 2011 after a brief civil war. He was handed over to the International Criminal Court.

Gbagbo 73, became the first former head of state to be handed over to the ICC. He has been on trial since 2016.

Her freedom came thanks to an amnesty granted by the country’s President, Alassane Ouattara. She had been serving a 20-year prison term for undermining state security.

The International Criminal Court also wants Simone to face similar charges, but Ivory Coast has refused to extradite her to The Hague.