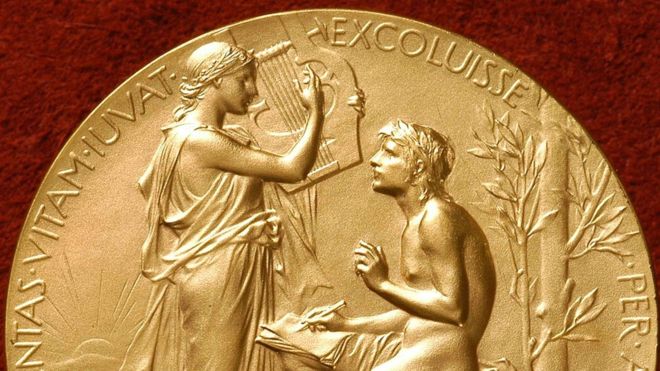 Economists win Nobel for work on climate and economy

Economists win Nobel for work on climate and economy

The US economists' research focused on how climate change and technology have affected the economy. The Royal Swedish Academy of Sciences said they had addressed "some of our time's most… pressing questions" on how to achieve sustainable growth.

The academy will now announce the 2018 winner along with the 2019 winner next year. Photo: ALFREDNOBEL.ORG

Two economists, William Nordhaus and Paul Romer have won this year’s Nobel prize for economics for their work on sustainable growth.

The US economists’ research focused on how climate change and technology have affected the economy. The Royal Swedish Academy of Sciences said they had addressed “some of our time’s most… pressing questions” on how to achieve sustainable growth.

The Nobel economics prize – technically known as the Sveriges Riksbank Prize – was created by the Swedish central bank “in memory of Alfred Nobel” and first awarded in 1969.

Last year, US economist Richard Thaler, author of the best seller Nudge, won for his work in behavioural economics.

William Nordhaus is Sterling Professor of Economics at Yale University, New Haven, Connecticut, USA. He was born in Albuquerque, New Mexico (which is part of the United States).

He completed his undergraduate work at Yale University in 1963 and received his Ph.D. in Economics in 1967 from the Massachusetts Institute of Technology.

Professor Nordhaus has been on the faculty of Yale University since 1967 and has been Full Professor of Economics since 1973.

In 2004, he was awarded the prize of “Distinguished Fellow” by the American Economic Association and served as President of the AEA in 2015-2016.

Paul Romer, an economist and policy entrepreneur, is a University Professor at NYU and director of the Marron Institute of Urban Management.

Marron deepens the fundamental understanding of cities by working with civic innovators to improve urban management. He is also the founding director of the Urbanization Project at the Leonard N. Stern School of Business.

The Urbanization Project conducts applied research on the many ways in which policymakers in the developing world can use the rapid growth of cities to create economic opportunity and undertake systemic social reform.

Ghana stock exchange is most innovative in Africa