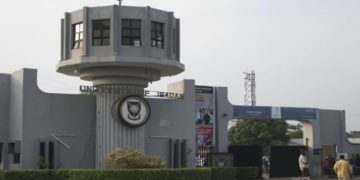 The International School Ibadan which is owned by the University of Ibadan does not allow for the wearing of hijab.

Picture of the University of Ibadan in Nigeria

Officials of a Nigerian school in Ibadan on Monday shutdown the school after some students came to class wearing hijab.

The International School Ibadan which is owned by the University of Ibadan does not allow for the wearing of hijab.

Punch reports that some parents, under a group called the International School Muslim Parents’ Forum wrote to management of the school demanding that female students be allowed to wear their hijab to school.

The forum in a letter said it is “putting the schools’ management on notice on the rights of our female children to commence the use of hijab from this academic session of 2018/2019.”

The forum argued that “Hijab-wearing for young Muslim girls, apart from the fact that it is part of their religious belief, is part of their God-given fundamental human right as well as in line with the constitution of the Federal Republic of Nigeria.”

The school was shutdown after some hijab-wearing students entered the school premises on Monday on the back of the demands of the forum.

An official of the school told local media the jungle approach being used by some parents on would not be tolerated.

But members of the group insist they will continue to push until “our daughters are allowed to wear hijab.”

This year a law student from the University of Ilorin asked to take her hijab off. Her refusal means she missed out on being called to bar.

She was months later allowed to graduate wearing his hijab after several advocacy and agitations.

Former OPEC President to be Extradited Back to Nigeria

Cracks emerge within DR Congo opposition ahead of crucial poll