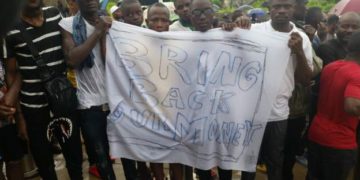 The disappearance of huge consignments of the money printed abroad in China and Sweden shocked many Liberians. 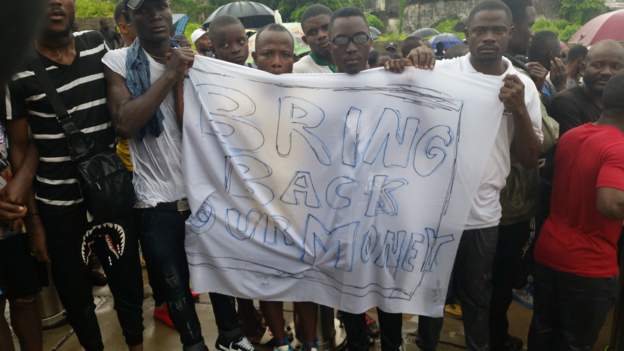 In September last year news broke of the disappearance of some $104million worth of bank notes in Liberia.

The disappearance of huge consignments of the money printed abroad in China and Sweden shocked many Liberians.

Officials were unable to account for the missing consignments containing the banknotes. They were brought into Liberia between November 2017 and August 2018.

Although the containers, the money was kept inside left the port in the capital, Monrovia they could not be found.

Hundreds of Liberians protested expressing anger at the development and launched a campaign dubbed “bring back our money”.

It forced the government to launch an investigation into the missing banknotes with some officials banned from traveling abroad.

Charles Sirleaf, the former Central Bank governor and son of former President Ellen Johnson Sirleaf were among those the ban affected.

Days after marking a year in office, Liberian youth have been protesting asking President George Weah to release the report on the missing money.

Meanwhile a government official, Smith Toby told the BBC that the president himself is interested in the outcomes of the investigations.

He assured that those responsible for the missing banknotes will be held to account.

Liberia: Girls raped at US Charity meant to protect them

2019 AFCON date pushed back a week